Picture of the Week Archives | EMBL 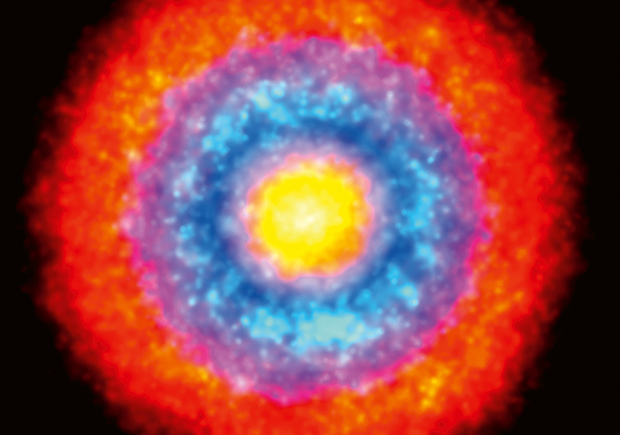 This image has been composed from thousands of individual super-resolution microscopy images. It was created by Markus Mund in the Ries Group. 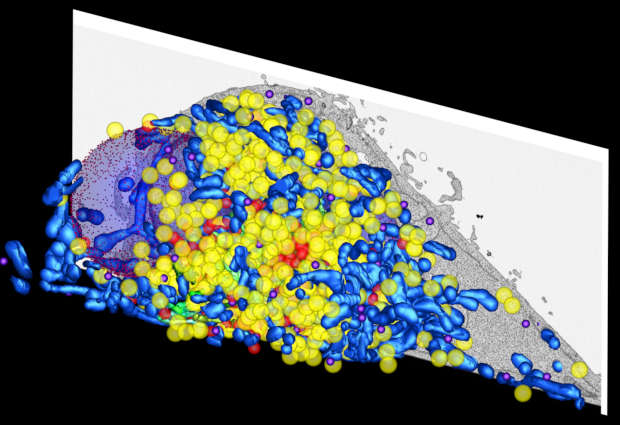 What might also be an artistic representation of a scattered bowl of Skittles is actually a 3D reconstruction of a high-pressure frozen HeLa cell. 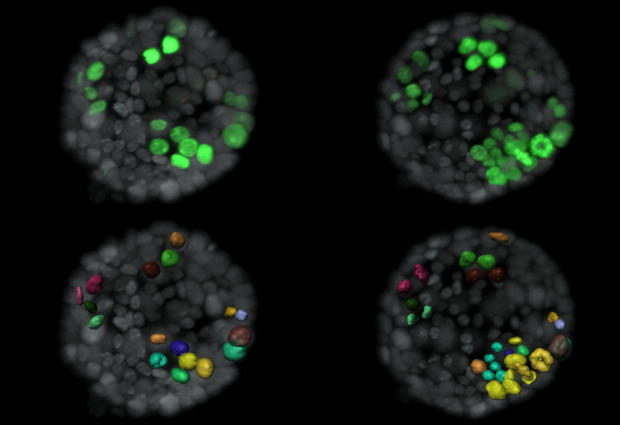 Breast cancer is the second leading cause of cancer-related deaths in women. It is so deadly because tumours often return after successful cancer treatment. This recurrence is caused by individual dormant cancer cells remaining inside the breast. These cells can develop into active cancer cells months or years after recovery.  To study breast cancer, researchers […] 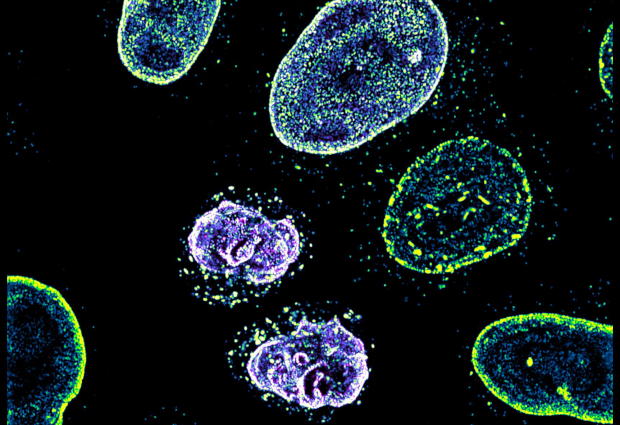 This picture of the week, taken by Arina Rybina in the Ellenberg group at EMBL Heidelberg, shows a high-resolution 3D microscopy image of living human cells: HeLa cells. In this fascinating fluorescing microspace, two newly formed daughter nuclei are captured to study the assembly of nuclear pore complexes during cell division. At this stage of […] 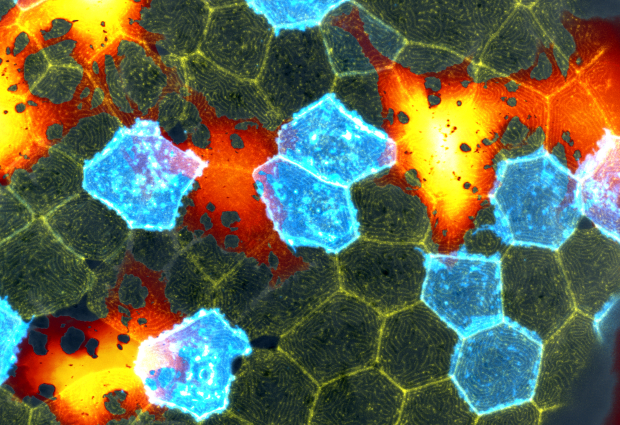 This beautiful mosaic of mostly hexagonal cells is the outer skin layer of a zebrafish larva as seen under a microscope. Each skin cell exhibits a unique pattern of actin ridges. Actin is a family of globular multifunctional proteins found in almost all eukaryotic cells. Actin forms microfilaments, which are seen as yellow lines in […] 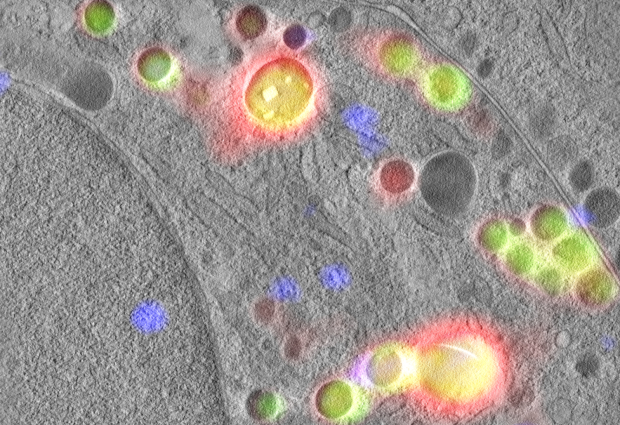 The hormone insulin helps to remove sugar from the blood after a meal. This is important, as in the long term high blood sugar levels damage our bodies. Diabetes of type 1 or type 2 is a direct consequence of a failure to produce sufficient insulin or to release it from the cells in which […] 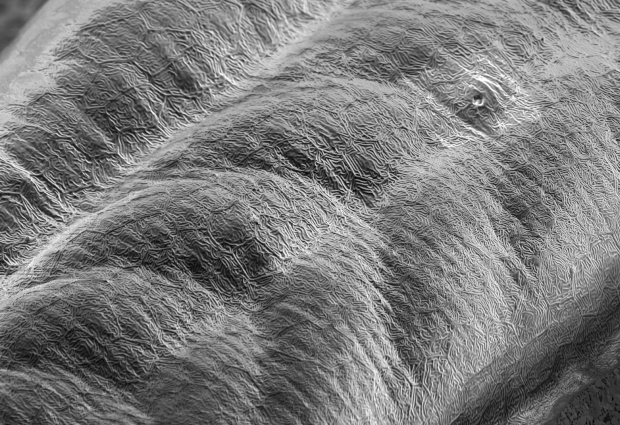 Skin of the zebra

What look like dunes in the desert are actually muscles underneath the epidermis of a zebrafish embryo. The epidermis is patterned by ridges forming its scales. The image was taken with a scanning electron microscope. These microscopes produce images by scanning the surface of a sample with a focused beam of electrons. The electrons interact […] 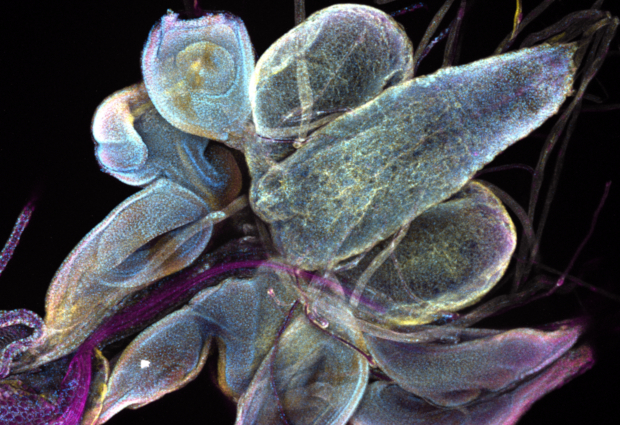 Inside out, and grub becomes fly

The three bluish blobs shown in the top right corner of this image may not resemble the sphere of noodles that is the human brain, but they are still essential – at least for the fruit fly. This Picture of the Week shows the brain lobes of Drosophila. It’s an insect so tiny and so […] 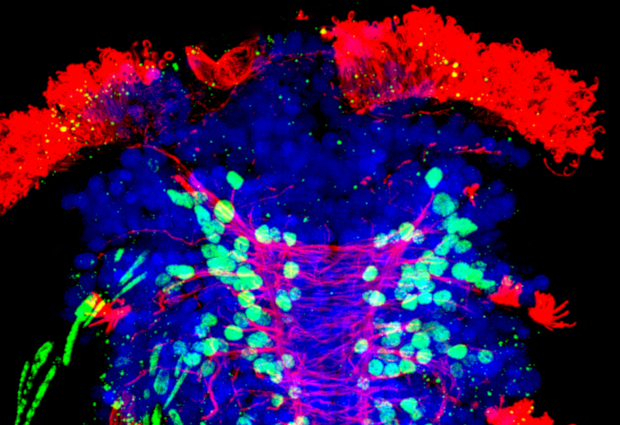 Is it a fungus or a strange plant? Actually it’s the larval form of Platynereis – a group of marine ringed worms. Scientists have been using them in their studies for the past 70 years, and they are among the preferred lab organisms. They are easy to keep in the lab, and under temperature and […] 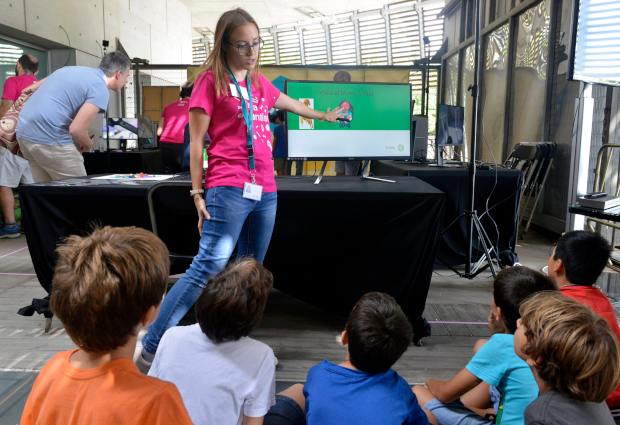 Bringing life science to you

EMBL not only produces excellent science and innovative technologies; it also shares its knowledge and experience with partners from around the world – and with the public. As well as offering teacher training in the European Learning Laboratory for the Life Sciences, science movie nights, and guided tours around its campuses, EMBL staff participate in […]