Edit
Is science only for the rich? – Equality, Diversity and Inclusion

Is science only for the rich? 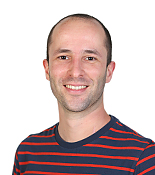 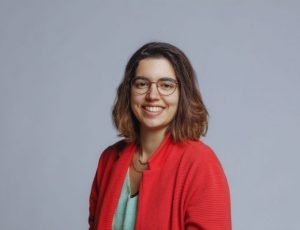 *The authors do not identify as coming from lower SEB, but find this an important topic to draw attention to.

Socioeconomic background (SEB) is often an overlooked demographic (read more here, from where we borrowed the title), yet it significantly intersects with other underrepresented characteristics, and is arguably one of the most determinant factors in whether people have access to science and remain in science – if not the single most. How can scientific institutions, such as EMBL, play a role in tackling such inequality?

Students from low-income communities are less likely to pursue university studies and choose scientific careers (1-8), partly due to having statistically less access to scientific initiatives and scientific role models, and thus perceiving science as “not for me”. Institutions can aim to develop initiatives that intentionally target students from lower SEB to make them feel closer to science and scientists: from internship programmes, given that lower SEB students often have more difficulties in finding and/or being accepted for placements, to outreach activities such as on-site visits and interactions or other formats.

In 2020, the grassroots “EMBL pen pals” programme invited students in schools in Ibadan, Nigeria, to write a postcard with questions they wished to ask a scientist, which were then answered by EMBL scientists (the full report on this grassroots initiative can be accessed here, and testimonies here). This initiative was generously supported by Amos Abolaji, Edith Heard, the DRTC, ELLS and DrosAfrica, and benefited from the parallel launch of Cartas com Ciencia, which connects pupils from low-income communities in Portuguese-speaking countries with scientists. By developing (or outsourcing) programmes that reach pupils from underprivileged backgrounds (who, importantly, are present in every country and are not restricted to low or middle-income countries), scientific institutions can contribute to fixing the “leaky pipeline” of access to science careers at the start.

To tackle the under-representation of people from lower SEB in scientific institutions, we also need to reshape how recruitment is made. Institutions should look for potential instead of “excellence”, recognizing that “excellence” is usually dependent on opportunities that are not fairly accessible to everyone. There are people with great potential who come from backgrounds that do not enable them to  map that potential to what the system recognizes as “excellence” (read an account from a scientist from a low-income family here).

For instance, someone might have lower grades due to time spent working to pay for their studies. This does not necessarily mean a lack of excellence; on the contrary, someone who simultaneously studied and worked probably developed attributes important in a modern-day scientist, such as time management, perseverance and work capacity. A reform towards inclusive recruitment practices should apply to all levels, from group leaders to admin support.

Providing more access to underprivileged communities, however, does not result in a more just representation of these communities in academia or places of knowledge (9-10). Improving access to science is as important as improving the science environment, culture, and structures, so that people from underrepresented groups are not pushed out of the system (as does happen). Mentorship programmes tailored and targeted to scientists from lower SEB could help them build the necessary support to navigate a leading scientific environment, given that their starting point was not the same as more privileged colleagues.

Another common practice that ignores SEB and assumes that everyone has backup capital, is the practice of reimbursements (e.g., for conferences) or the high volume of initial costs often associated with taking up a position, which can involve traveling and moving into a new location. Upfront payments and allocating funds to help scientists settle in can be impactful and meaningful measures.

To better tackle these inequalities in science, institutions would also need to know the SEB of their employees. This data is often lacking, and this data gap is related to an overall negligence of such a demographic and to the fact that this information cannot simply be collected through a single question. Nevertheless, recommendations exist for how to gather this data (e.g. here), which include information such as types of schools attended, parental qualifications and occupations, or self-assessment of SEB. The frequent resistance to collecting certain types of data ultimately perpetuates inequalities in scientific institutions, which could, instead, make the most of their expertise in data collection and analysis to improve diversity and inclusion.

It is clear that there is plenty of room for scientific institutions like EMBL to (further) step in in addressing inequalities related to SEB (and to other characteristics too!). Nevertheless, if we are to bring about proactive (and quick) change, we need to be intentional and act with purpose, explicitly targeting underprivileged groups and communities.