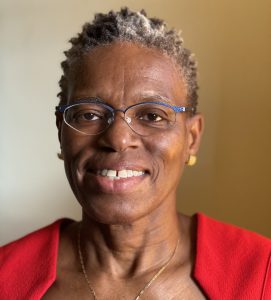 Professor of Pharmaceutical Nanoscience at the UCL School of Pharmacy, University College of London

Black History Month reflects on, recognises and celebrates the contributions of African, Asian, and Caribbean people to the cultural, economic, and political life in the UK. The ongoing context is that black history remains often invisible and absent from the conversation. This gap is interconnected with the lack of accuracy/visibility in European history books and/or the prevalence of hegemonic narratives in European history in general.

To mark Black History Month, the EDI Office invited Professor Ijeoma Uchegbu, Professor of Pharmaceutical Nanoscience at the UCL School of Pharmacy, University College of London to answer a few questions about her experience as a black woman working in science, and her views on how EDI strategies and practitioners can address the changes, challenges and resistances arising from these changing landscapes.

What is your personal experience with Black History Month, and what does it mean to you?

Black History Month focuses for a few short days on the Black British experience and specifically on the negative aspects of said experience. It does not normally allow for an unalloyed celebration of people who have had to triumph over the significant adversity that is a racist society. It saddens me that we need a Black History Month to remind ourselves as a society of the racial injustice that blights so many lives. Of course, if persons are exceptional, they will succeed despite the obstacles to significant attainment, but the vast majority of people are not exceptional, irrespective of their race and so for those people who are normal the experience of being Black in Britain is one of being locked out, shut down and excluded. I look forward to the day when we will no longer need a Black History Month and the history of all peoples Black, White, Asian, Arab or any other ethnicity that I have missed, is celebrated in our curriculum, in our cultural institutions and in our national consciousness.

What do you think of the racial landscape in the UK and Europe, and how have you seen it change over the years?

I was born in the UK and lived in Hackney, which was a largely immigrant community, and when I lived there I thought it was the best place in the world. London is still the best city in the world for me.  However, we must be clear that racism still exists in London and in the UK as a whole. Over the years the UK has become more diverse and the open racism experienced by my parents in the 60s and 70s is now no longer on display, thank God and so there are some improvements to celebrate. However, the outcomes for the Black British population as a whole, when it comes to academic awards, jobs, seniority in a sector and the prison population reveals an underbelly of racist outcomes that still shock me today.  I have only ever visited Europe and my uneducated and poorly informed impression is that because Britain was a colonial power there is more racial tolerance in the UK than in Southern Europe for example, but having never lived in any other European country apart from the UK; it is difficult for me to truly comment on the racial landscape in Europe.  One cannot summarise a country by a few steps in a heavily touristed area. That would be foolish in my view.

What about the racial landscape in science, how has that changed since you first started studying and working?

One thing is certain, there are more ethnic minority scientists than when I started out 30 years ago. I remember being the only Black face at conferences, EPSRC grant prioritisation panels and other science events. However, there is still a disparity when it comes to ethnic minority staff attainment in our universities and the UKRI recently published data showing that ethnic minorities were less likely to be Principal Investigators on grants (even when their participation rates in the higher education sector was taken into account). Black scholars as Principal Investigators is also a rarity and so even though I have led multiple EPSRC grants, I know that the situation is not optimal for Black scientists.

How has the approach to ethnicity in EDI and EDI strategy changed?

At UCL we prioritised an examination of the data, the piloting of interventions and then evaluating the impact. We found ways to move the needle on race equity ever so slightly.  So now we have a steady but very slow improvement in the data. As I have only been active as an EDI champion and advocate over the last 5 years, I really do not know what was happening before we started focusing on the data. I would like to know the answer to that one.

How do we address the changes, challenges, and resistances as EDI practitioners?

I believe that this work has to be led from the front by the head of any institution. The benefits of a diverse decision making apparatus is well documented in the literature and so it is important to make sure that minds are won as well as hearts, when it comes to equity for all our protected characteristics. The business case of a diverse group of people making decisions is clear to me but it has to be made clear to all who have a say in the way an institution runs. There is a publicity and raising awareness campaign that needs to take place. The data must be rigorously monitored, high profile interventions put in place, the impact analysed and the data and impacts once again publicised so that people know that the things that they are doing in quiet rooms and remote spaces are really making a difference. The activity also should be incentivised by making improvements in equity a key performance indicator for all managers. I am not a fan of many many conversations and no action. Action must follow and follow on quickly.