The Kowalinski group investigates the architecture and mechanisms of macromolecular complexes involved in cellular RNA editing and modification. Edit 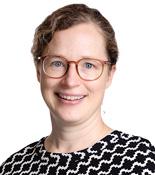 Post-transcriptional chemical RNA modifications are ubiquitous (tRNA, mRNA, rRNA, snoRNA, etc.) and occur in all kingdoms of life. For example, eukaryotic tRNAs contain on average 13 modifications per molecule that assure translation fidelity and efficiency. Modifications to mRNAs have effects on folding, solubility, transcript stability, splicing, and RNA localisation. Thus, the so-called epitranscriptome adds an additional layer of information to the message. This layer is reversible in response to cellular stress, metabolic changes, or developmental stage. In the Kowalinski group we are investigating macromolecular complexes that modify RNA or recognise modified RNAs. We solve structures of these complexes by single-particle cryo-electron microscopy (cryo-EM) and X-ray crystallography to understand the following questions: how exactly is a specific RNA selected for modification? How is this process regulated? How does a modified RNA differ in its binding to downstream effectors?

During my PhD, I investigated how the innate immune receptor RIG-I triggers an inflammatory response upon recognition of viral RNA. Solving several crystal structures of RIG-I with and without ligand RNA enabled us to draw a conclusive picture of the conformational changes that lead to activation of the receptor (Kowalinski et al., Cell, 2011).  In my postdoctoral work, I studied how the helicase-containing Ski complex aids the degradation of cellular RNAs by the exosome complex. Based on the structure of the exosome bound to Ski7, we understood how compartment specificity of the exosomal cofactors is achieved, and moreover could identify the human homologue on evidence of the structure (Kowalinski et al., MolCell, 2016). In collaborative efforts we found that the cellular mRNA degradation machinery (the exosome via the Ski complex) directly interacts with the cellular translation machinery (the ribosome) (Schmidt, Kowalinski et al., Science 2016).

In the future, the Kowalinski group wants to gain insight into the mechanisms that specify certain RNAs for modification and how the editing is controlled. To this end, we will not only reconstitute recombinant complexes in vitro but also purify native endogenous complexes for structural investigation. We will use X-ray crystallography, cryo-EM, and scattering techniques like small-angle X-ray scattering (SAXS), combined with biophysical methods, biochemical assays, and cell biology to assess the structure–function relationship within these complexes. RNA modifications are relevant to diseases like cancer but also play a role in infectious diseases. like trypanosomiasis and leishmaniasis. In the future we hope to be able to use our knowledge for structure-aided drug design.