The Karsenti group has been studying the biochemical composition of spindle assembly signaling pathway as well as the physico-chemical processes associated with it, leading to the self-organisation of microtubules into a bipolar spindle.

The Karsenti group has been studying the biochemical composition of spindle assembly signaling pathway as well as the physico-chemical processes associated with it, leading to the self-organisation of microtubules into a bipolar spindle. Edit 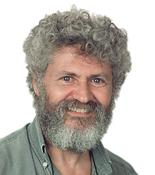 Assembly of the mitotic spindle in large eukaryotic cells is driven by a signaling pathway that generates a gradient of microtubule nucleation and stabilization activity around chromosomes. My group has been studying the biochemical composition of this signaling pathway as well as the physico-chemical processes associated with it, leading to the self-organisation of microtubules into a bipolar spindle.

More generally, this raised important questions about self-organisation events in biology: how ensemble of molecules, cells, or “agents”, organize themselves into functional wholes? We began to address such questions in the case of the mitotic spindle with the physicist François Nédélec and this led to the development of similar approaches in the CBB and DB units.

Over the past 12 years, I have been working on the organisation of an expedition about life in the oceans and the analysis of the data collected. A collaboration with the TARA Expeditions group in Paris has allowed the organisation of an oceanographic expedition to explore microscopic marine ecosystems world wide (Figure 2). The TARA OCEANS expedition left Lorient on 5 September 2009 and brought back a huge number of samples and data that led to a transformation of the way the evolution and ecology or microscopic marine organisms are studied.

The mission of the expedition (Change to: WAS) to bring back quantitative and qualitative data on the composition of these ecosystems as a function of geographic position and environmental conditions. The goal of this collection of samples and data was 3 fold:

In addition to coordinating the expedition, I have interacted with Jan Ellenberg (Ellenberg Group) at EMBL to develop high throughput imaging of protists and small metazoans, with Detlev Arendt (Arendt Group) on the biogeography and evolution of marine annelids and with Peer Bork (Bork Group) for genome analyses.

The Tara Oceans expedition and scientific project has served as a seed for several marine expeditions on the schooner Tara to survey microplastic distribution in The Mediterranean see and around Europe, Coral Reef ecosystems throughout the west pacific and presently the microbiome along the coasts of Chile, Brazil, Argentina and west Africa.

Another spin off of Tara oceans will be the future TREC project which will sample organisms and examine pollution at the interface between land and the seas around European coasts.