Evolution of the nervous system in bilateria

By studying and comparing simple marine animals and their constituent cells, the Arendt group looks to understand the origin and evolution of the nervous system and of the entire animal body.

By studying and comparing simple marine animals and their constituent cells, the Arendt group looks to understand the origin and evolution of the nervous system and of the entire animal body. Edit 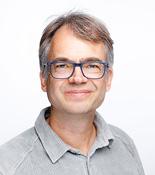 We are intrigued by one of the remaining great mysteries in animal evolution: how did our central nervous system (CNS) come into existence? What did it look like at first and how did it function? We are especially interested in the CNS of an extinct animal known as Urbilateria, the last common ancestor of humans, flies and most other ‘higher’ animals that live today, which lived some 600 million years ago in the ocean.

Our lab has chosen to investigate a new molecular animal model, the marine annelid Platynereis dumerilii. As a ‘living fossil’, Platynereis represents an ideal connecting link between vertebrates and the fast-evolving protostome models, Drosophila and Caenorhabditis. Platynereis is amenable to high-throughput imaging techniques and functional interference approaches; for example, the first genetic knockout lines have been generated. With the recent development of the PrImR (Profiling by Image Registration) resource, Platynereis has become the first animal model for which gene expression profiling data can be obtained in cellular resolution for the whole organism. We have discovered that their brains harbour sensory-associative parts and a neurosecretory centre that corresponds to the vertebrate pallium and hypothalamus, respectively. A clear picture is emerging that the Platynereis brain harbours many cell types so far known only for vertebrates, but in a much more simple and different overall arrangement, revolutionising our current understanding of brain evolution.

To broaden our comparative approach, we have introduced two new model species to the lab, the lancelet (amphioxus) and the sea anemone Nematostella, representing distinct divisions of the animal kingdom: chordates and cnidarians. Amphioxus has a very simple brain uniting invertebrate- and vertebrate-like features. The nervous system in Nematostella is very simple and is a good proxy for an early stage of nervous system evolution.

Our aim is to gain a systems view of the Platynereis brain and nervous system and to track the evolutionary history of all constituent cell types by identifying and investigating their evolutionary counterparts in the sea anemone and amphioxus. This will involve investigations of cell type-specific gene regulatory networks in all species as well as neurobiological and behavioural approaches.

Our ERC-funded project – BrainEvoDevo – aims at generating a neuron-type atlas of the annelid larval brain by combining neuronal morphologies, axonal projections and cellular expression profiling for an entire bilaterian brain. It will be the first cellular-resolution expression atlas for a whole animal nervous system involving early developmental and differentiation stages. Building on the atlas, we will dissect Platynereis chemosensory-motor forebrain circuits, by laser ablation of GFP-labelled single neurons, gene knockout studies and behavioural assays based on microfluidics to explore duplication, divergence and expansion of neural circuits in central nervous system development and evolution.

We are also interested in exploring population genetics and the variability of development and differentiation in different habitats and conditions. To this end, we are collecting strains of Platynereis and amphioxus as part of the Tara Oceans expedition and as an active member of the EMBL oceans team.