The main focus of the Bork group is to gain insights into the functioning of biological systems and their evolution by comparative analysis and integration of complex molecular data. Edit 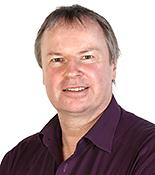 We aim at a functional understanding of microbial community interactions, among microbes and with the environment. This includes the tracing of horizontal gene transfer, e.g. by mobile elements; species cross-feeding; mapping functional traits at strain level (approximated by functional modules) across phylogeny and habitats; as well as the identification of microbial early response biomarkers for man-made pollutants, such as toxins. Together with other groups at EMBL, we hope to establish interaction maps between chemical compounds and microbes, individually and in communities using advanced multi-omics approaches, with application for human (e.g. individualised diet) or planetary health (e.g. pesticide response biomarkers).