John Marioni, Alex Bateman, and Takashi Hiiragi have been elected to EMBO Membership

The European Molecular Biology Organization (EMBO) supports researchers at all stages of their careers, across Europe and beyond. The organisation offers research fellowships, produces scientific journals, helps to shape science policy, and organises courses, workshops, and conferences.

Each year EMBO Members are invited to nominate and elect exceptional researchers to join the EMBO community, which now exceeds 1,800 members and associate members. EMBO Membership is a lifelong honour that allows elected scientists to serve on the organisation’s council and committees, evaluate applications for EMBO funding, and act as mentors to young scientists.

John Marioni became Head of Research at EMBL-EBI in 2021. In this role, he is responsible for developing the research vision of the institute. John also leads his own research group, which specialises in computational and statistical methods for analysing single-cell sequencing data.

“It’s really exciting and rewarding to see computational work being recognised in this way,” says John. “EMBO is a fantastic organisation and the work it does gives many excellent researchers with the foundations they need to transition into a successful scientific career.”

Alex Bateman is also thrilled. “Being elected as an EMBO Member is a very prestigious honour, and I am delighted to have been recognised,” he says. “I hope to be able to contribute to EMBO’s great work.”

Alex joined EMBL-EBI as Head of Protein Sequence Resources in 2012. Since then, he has helped to develop and maintain many of the protein- and RNA-related databases at EMBL-EBI, including Pfam, Rfam, and Uniprot.

The third EMBL scientist to be elected is Takashi Hiiragi. Hiiragi’s group at EMBL Heidelberg focuses on early mammalian development at the molecular, cellular, and systems levels to unravel the mysteries of early embryo formation.

“I was thrilled to find out I would be an EMBO Member,” says Hiiragi. “It’s a real honour. Many brilliant scientists before me have been accepted into this group, and I will do my best to continue the fantastic work carried out by EMBO Members for so many years.”

John, Alex, and Takashi join more than 20 EMBL scientists whose work has been recognised by EMBO Membership.

Find out more in the full EMBO press release 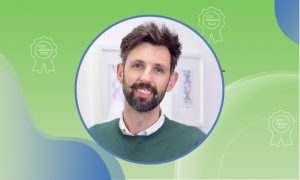