Researchers from both institutions presented their projects on microbial communities, diversity, and behaviour

EMBL and Consejo Superior de Investigaciones Científicas (CSIC) organised the workshop ‘One Health: Microbes in a changing world’ on 30th May 2022. Researchers from both institutions gathered at CSIC’s main site in Madrid to discuss the importance of microbes in environmental problems such as global warming, depletion of natural resources, loss of biodiversity and antimicrobial resistance and how they can play a role in their solutions.

Rosa Menéndez, President of CSIC, welcomed the attendees and stressed the importance of scientific collaboration to tackle global challenges. “The pandemic has taught us the relevance of international cooperation and I am sure that events like this will contribute to further strengthening and stimulating scientific cooperation between both communities,” she said.

EMBL’s Director General Edith Heard concurred with Menéndez’s vision and highlighted already existing scientific collaborations between EMBL and Spanish researchers. She also introduced the new EMBL programme, which aims to understand ecosystems at the molecular level to study life in context. “One of the most important aspects of EMBL’s new programme is that it is based on collaboration. In order to understand the molecular basis of ecosystems, we need to work together with epidemiologists, ecologists, and mathematicians, among others. EMBL has always been interdisciplinary and collaborative, and this programme is designed to take this even further.”

Researchers from EMBL and CSIC sites and units participated in the hybrid event. To strengthen the growing interactions between EMBL Barcelona and the Spanish scientific landscape, James Sharpe, Head of EMBL Barcelona, introduced some of the current and future projects of the site. “At EMBL Barcelona, we study how tissues and organs develop and function in health and disease. Biology is a system that builds different structures, and we believe that by building those structures, we will be able to learn how they function,” said Sharpe during the workshop.

The event highlighted the diverse research that both CSIC and EMBL perform, and included researchers from several CSIC centres such as the Institute of Marine Sciences, the National Centre for Biotechnology, and the Centre for Molecular Biology “Severo Ochoa”, among others.

Angela Nieto, Full Professor at the Neurosciences Institute of Alicante (CSIC-UMH), President of the International Society for Developmental Biology and vice-chair of the EMBL Council, closed the event emphasising that one of the most important aspects of the workshop was the spirit of a joint mission between CSIC and EMBL. “We want to work together for our future, for the future of Europe, and for the future of the planet,” concluded Nieto.

Watch the full EMBL-CSIC workshop ‘One Health: Microbes in a changing world’ here. 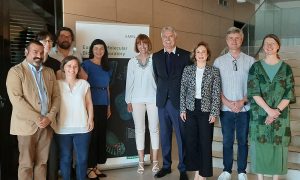 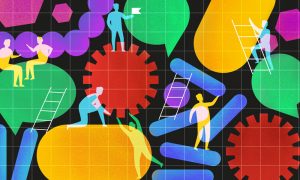