The Trivedi group aims to understand the self-organisation of cells, fundamental to metazoan development, through comparative study of embryos and organoids that generate a global coordinate system de novo.

The Trivedi group aims to understand the self-organisation of cells, fundamental to metazoan development, through comparative study of embryos and organoids that generate a global coordinate system de novo. Edit 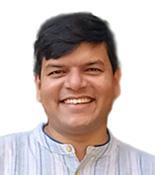 Emergence of multicellular forms (tissues, organs and organisms) from cells through changes in their shape, size, number and organisation is central to understanding the process of morphogenesis. Studies identifying genes and signalling molecules involved in particular events e.g. cell cycle, growth and death, have revealed conservation across species, thereby suggesting a universal blueprint underlying the generation of organisms. However, we do not know how the activity of genes and proteins is translated into 3D structures in space and time. Studying such processes in embryos does not reveal the true self-organising potential of cells, as typically in an embryo, its geometry, maternally deposited factors and external cues (e.g. extraembryonic tissues or yolk) ‘instruct’ the ‘symmetry breaking’ and patterning the body axes.However, recent works on embryoid bodies/organoids have revealed that cell ensembles can self-organise in 3D within homogeneously distributed signals to generate body axes.

We have recently shown that cell aggregates from different species (mouse embryonic stem cells and zebrafish blastula cells) generate spatial asymmetries in gene expression and cell behaviour within otherwise equivalent groups of cells, a concept that resonates throughout development (Figure 1). What still needs to be established is how generic and conserved these processes are, so we can understand the fundamental principles, if any, of metazoan development. The spatio-temporal precision and the species-independent manner in which such3D embryonic cell aggregates generate the major axes reveal a tight regulation of gene expression organisation to generate a global coordinate system de novo, even in the absence of any embryonic information. As long as the uncommitted cells are allowed to aggregate and develop, such cell collectives are capable of generating the signalling centres and morphogen gradients to make positional and cell-lineage decisions.

The long-term goal of our group is to understand how do cells assemble organisms in robust and reproducible manner and how do geometry and external cues, which vary greatly across species, bias the physical events of early development in vivo. Using these 3D embryonic cell aggregates as a minimal alternate system, sufficient to generate embryonic axes, we aim to understand early development in embryos as an emergent phenomenon of the self-organisation of pluripotent cells. We use these in vitro systems in a context in which external factors and embryo-specific geometrical information are eliminated and the mechanochemical environment can be controlled, thereby allowing us to study the fundamental (basal) mode of metazoan development, upon which different embryo-specific geometries and environment have refined axial patterning in different species.

Specifically, we are interested in understanding (i) how mechanochemical coupling between cells leads to symmetry breaking (in terms of gene expression and cell behaviour), (ii) what controls the scaling of patterns both in vivo and in vitro, (iii) how collective cell behaviour in aggregates (Video 1) leads to axial elongation and patterning. Using a multidisciplinary approach, we borrow tools from biochemistry, genetics and cell biology for our experiments and develop novel imaging systems, mathematical models and data analysis strategies based on statistical physics and image processing.

Video 1: Rapid cell movement in developing embryonic organoids from mouse embryonic stem cells just before elongation. How does this seemingly random movement lead to axial organisation remains to be understood and is a major focus of the lab.
Edit