Challenging the Misrepresentation of Science and Evidence in Public Life

There is much concern about the public regard for standards and norms of evidence and anxiety that carefully assembled facts and data are becoming seemingly dispensable. In 2016, ‘post-truth’ officially entered the dictionary; in the years since, commentators have worried that societies are no longer interested in the carefully assembled data and conclusions of scientific inquiry. Across Europe, conferences have sprung up among research and regulatory bodies asking how to operate in a world of Facebook filter bubbles and alternative facts.

Amid this anxiety, we are in danger of seeing only memes that reinforce it, of believing that people just hear what they are already disposed to hear, that there is no scope for persuasion and factual credibility is pointless. Sense about Science’s experience of working with the public tells a different story – in fact, many different stories, of the public interest in sound science and evidence. That interest in science and evidence is borne out in surveys: scientists are still trusted to tell the truth and are the only group to enjoy consistently strong public trust since the 1970s. In the UK, an Ipsos MORI 2016 poll found that 86% of people want the government to consult experts on complex subjects. Working with the public reminds us that monitoring and analysing are key to public empowerment and democratic accountability; and it expands our imagination about how researchers can collaborate with the public more effectively. Sense about Science’s public-led, expert-fed approach has served up some interesting lessons for discussion. The question before the research world therefore is how to equip people to make sense of their natural and social systems: how can we truly embark on those journeys together, with the public and in the public interest? 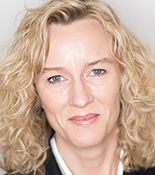 Tracey Brown has been the director of Sense about Science since 2002. Under her leadership, the charity has turned the case for sound science and evidence into popular campaigns to urge scientific thinking and questioning among the public and the people who answer to them. It has launched important initiatives including AllTrials, a successful global campaign for the reporting of all clinical trial outcomes; and the Ask for Evidence campaign, which engages the public in requesting evidence for claims. Tracey leads the Transparency of Evidence initiative, to get more of the evidence behind government decisions reported and published, and launched the first ever Evidence Week in the UK parliament. In 2010, the Times named Tracey as one of the ten most influential figures in science policy in Britain and in 2014 she was recognised by the Science Council for her work on evidence-based policy making. In June 2017 Tracey was made an OBE for services to science.