Stories from the reverse complement

There are some stories we are all familiar with, usually because we grew up inside them. There are two types of children: boys and girls. After some awkward in-between phase, they become men and women respectively, every one of them through some lucky happenstance finds a single counterpart in the other category to fall in love with, those two move in together and by following some compatible reproductive instinct they produce offspring and the cycle begins anew. 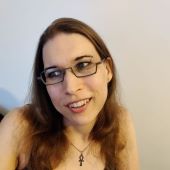 Languages of expression, art forms, social circles and organizations all reflect the ubiquity of these stories, and like the hull of a ship ends up encrusted with barnacles, indirect cultural expectations attach to them, adding layers of gender stereotype to the mix which to an alien observer would seem to have little to do with reproduction. Evolving secular and religious belief systems throughout history (super-)naturalize them, serving the function of motivating these gender stories, descriptively or prescriptively, to new generations. We know these stories well.

For this blog post (elsewhere is a different matter) I’ll stay neutral on whether the world could and/or should dispense with these stories entirely, and instead note as fact that there always has been and always will be alternate stories. Despite sometimes very aggressive policing (with all of us to some extent drafted to carry it out) from our first breaths, all throughout history, in all cultures, some fraction of life stories have always looked different, and the best reason for that is that some fraction of us grow up to be best fulfilled playing out other stories. Some children thrive (openly or in secret) only when they can be other than the “boy” or “girl” label put on their birth certificate (then school roster, census record etc.). Some grow up to become the other recognized option, or something else – sometimes only in the space of thought and word and emotion and expression, sometimes also in the path that flesh and bone and skin and organs can be made to take through conscious agency applied to bodies that matter; whether under auspices of liberation, integration or assimilation. That urge for love and intimacy also takes more than one form; not all feel sexual desire, or desire for opposite-labeled bodies, or for a single person or type of persons; not all want to reproduce, and many more still can never find themselves at home in the barnacle layer of stereotypes on the submerged hulls of such relationships.

While words gain their own barnacle layers of connotations, and are moved back and forward by tides and currents of history, still now many of us recognize these resistant counterstories, as impossible to uproot once and for all as the most gloriously fit weeds, as represented within the umbrella term queer, itself multifaceted and lived experience of both slur, reclaimed label of pride, and academic concept. Some of us are oriented queer, in that our needs and hopes for intimacy and connection and lust aren’t contained within the standard stories; letters like L, G, B and others may apply to us, with some relevance to the nascent idea that, for example, polyamorous or kinky lives also can be oriented queer in some sense. Some of us are gendered queer (or even sexed queer, if you prefer) by being something else in the boy/girl/man/woman/male/female space than expected of us; the letter T may fit (trans vs cis terminology hopefully being uncontroversial to anyone who took organic chemistry, genetics or a myriad other disciplines). Some sneer this diversity of rarer variants as an “alphabet soup” and are not placated by the Q as an umbrella, or the implied further progression (limited still to something less than the human majority) of the converging sum LGBTQ++. Neither spoken nor polymer language need be perfect to be valuable though. The important part is, we’re here, we’re queer, get used to it.

As a forty year old Scandinavian in STEM since the turn of the millenium, I grew up expecting that life as a queer person would be dominated by overt discrimination, ostracism, contempt and violence; an impression fuelled in part by stories children and adults tell each other but also by the complete absence of any visible queer stories around me for the first two decades of my life. I knew those counterstories only as punchlines of jokes or punching bags of cautionary tales, but mostly not at all. I wonder often if I had known how queer I myself was – three letters at least! – earlier if I had. But whether or not, entering STEM as a student and researcher, what was visible to me – in classrooms, at conferences, at either side of interviews for positions – seemed to be always persons who were cisgender, gender conforming, heterosexual, monogamous, normal (not to mention abled, white and middle class, but since I am those things, that exclusion is not mine to write about).

The conclusion seemed obvious – anyone whose story was different must have been washed out through leaks in the pipeline, despite the vanilla assurances on webpages in forgotten intranet corners that equal opportunity and treatment is an institutional value (and in many places that is a correct conclusion, and wherever that might be the case, even those vanilla assurances can be at least a starting point towards changing that, so please keep making those webpages, perhaps even on the public internet!). But where I was lucky enough to be, and perhaps where you are, it’s not the correct conclusion. Because the truth is, even if for a myriad intersecting reasons of stereotype threat and minority stress and microaggressions and lack of support structures the system expects us to have, there really are more of us here than it seems.

Think of the statistical physics of a gaseous mixture. Interactions between minority particles should occur not linearly with their concentration but with its square, so minority status compounds itself to reduce same-kind visibility far beyond the population frequency of the demographic. Then we react also like I did for long, masking our queerness (even to myself, in some ways) because we draw that wrong conclusion that to do otherwise is to become a target of literal or metaphoric violence. And thus the invisibility further compounds, making each us lonelier, more frightened to come out in the spaces where our professional identities live, making for a constant drain of energy and productivity and resilience, ultimately manifesting as allostatic load and statistics of careers and lives cut short. One doesn’t just shed this baggage, either. Those of us who stay carry scars and fears that each minor mistake might be the one that finally wears out our welcome; there is no such thing as a free coping mechanism.

So what do we do now? I don’t know. I’m finally in something like a position of power (but still afraid every day that unless I step up my game even further, I will be washed out of the leaky pipeline), so I am asking myself more and more what I can do except keep help making vanilla assurance of equal treatment on opportunity on public-facing internet webpages. And turning again to thermodynamics, what evolution often builds to circumvent the low likelihood of rare particles – like enzymes and their substrates – interacting, are scaffolds with affinity to those rare particles, bringing them together at a surface of some kind so they are close enough to interact. I suspect that is why the demographics of people who apply to work with me seems different from the demographics of my field as a whole. More to the point, we can use this – we can build – literal and metaphorical – meeting spaces from the bottom up to bring us together as queer persons diluted in the cishet cytoplasm of our institutions. Like such structures enable regulatory cascades and amplifications of signals that lets complex multicellular exist and propagate and write poetry, so perhaps can we circumvent the isolation and the invisibility and the loneliness and the sense of not fitting in. Let’s try that?