The BioModels Database, hosted by the European Molecular Biology Laboratory’s European Bioinformatics Institute (EMBL-EBI) in Cambridge, UK, has entered a formal data-exchange agreement with the Database of Quantitative Chemical Signalling (DOQCS) of the National Centre for Biological Sciences (NCBS) in Bangalore, India. Both data resources will now simultaneously release computer models of biological processes to the community. This agreement is the culmination of more than a year’s work to make the models in DOQCS available in Systems Biology Markup Language (SBML). The agreement will provide users of both databases with a larger pool of models, whilst giving them the freedom to use the different interfaces and tools associated with each resource.

Since its launch in April 2005, BioModels has provided access to published, peer-reviewed models of biochemical and cell-biological systems. Its models are annotated and linked to other biological data resources. DOQCS has operated with similar goals since 2003, focusing on models of neuronal systems and providing additional notes on how the models were developed. The merged collections of BioModels Database and DOQCS, will include more than 250 biological models, covering over 5000 reactions. Computer models are an important tool to visualize and understand complex biological processes and scientists worldwide will benefit from the new Europe-India collaboration, which will make it easier to access and share biological models and their descriptions. 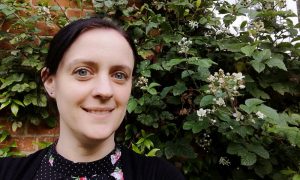 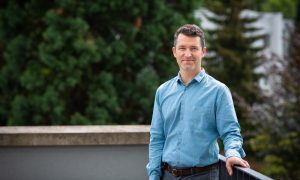 Picture of the week
A black redstart visits

Mehdi Khadraoui, a former member of the EMBL Communications team, took this close-up of a black redstart.