Stability proteomics for assessing the state of the proteome

The Savitski team uses and develops stability proteomics for understanding the phenomenon of aggregation and disaggregation, cell phenotyping, and detection of protein interactions with drugs, metabolites, DNA and RNA.

The Savitski team uses and develops stability proteomics for understanding the phenomenon of aggregation and disaggregation, cell phenotyping, and detection of protein interactions with drugs, metabolites, DNA and RNA. Edit 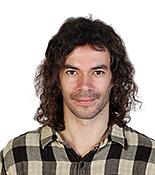 The rapid evolution of high-end mass spectrometers in recent years has enabled an in-depth quantitative assessment of the proteome. This development, combined with recent advancements in multiplexing technologies (Werner et al. Analytical Chemistry 2012 & 2014), enables new lines of scientific research aimed at a proteome-wide understanding of the state and function of proteins.

It has been known since 1959 that enzymes become more thermostable when bound to their ligand. In 2013 it was demonstrated for the first time for a handful of proteins that this could enable detection of drug protein interactions in living cells, by heating the cells to different temperatures, spinning down the unfolded and subsequently aggregated proteins, and measuring the amount of soluble protein at different temperatures, thus inferring its melting curve (Martinez Molina et al. Science 2013). More recently, my former colleagues and I extended this methodology to monitoring the thermal stability of thousands of proteins in an unbiased way using multiplexed quantitative mass spectrometry, Figure 1, (Savitski et al. Science 2014). This new proteomics method, which we termed Thermal Proteome Profiling (TPP), enables identification of drug targets in situ on a proteome-wide scale. We also realised that protein components of pathways affected by the drugs underwent changes in thermal stability. Moreover, comparison of cell lines with different constitutively activated pathways revealed differences in thermal stability of pathway components, confirming that TPP can be used as a complementary approach to, for example, phosphoproteomics, to study signalling in cells. It was also observed that disruption of protein–protein interactions had an effect on thermal stability. The TPP technology thus holds promise as a powerful tool for fundamental biology studies. At the same time, the technology still needs to be significantly further developed with regard to experimental strategies and data analysis. Below, the key points for improvement and application of the technology are outlined, which will be the focus of the lab.