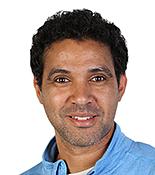 Across their life history, from single-cell embryos to mature adults, animals are exposed to constantly changing environments. The dynamic interaction between the developmental and physiological processes that generate morphological patterns is widely recognised, but how do environmental factors contribute to an animal’s shape? Our group focuses on this question and uses the cnidarian Nematostella vectensis as a model organism to study how such morphological plasticity mechanisms are encoded at the molecular and cellular levels.

This sea anemoneis a relatively simple diploblastic animal with a tube-shaped body (see Video 1), but it displays a striking morphological feature: the extensive remodelling of its tentacle tubes in response to diverse environmental constraints such as nutrient availability, stress, and injury (Figure 1). Having generated the first Nematostella mutant lines using genome-editing tools, we use this marine modelas a single in vivo context to expand our understanding of the system-level capability for integrating environmental information in morphogenesis.

What are the embryonic mechanisms that build the tentacle tubes of a sea anemone?

As metazoans have increased in size and body plan complexity, the evolution of tubular systems has created biological pipes that efficiently transport life-sustaining substances within tissues. Despite their prevalence and critical function, little work has been dedicated to understanding how these tubes developed in early-branching metazoans. Leveraging the phylogenetic position of cnidaria and the accessibility of Nematostella tentacle tubes to optical observation and experimental manipulation (see Video 2), we will define the biochemical and mechanical cues that drive the morphogenesis of epithelial tubes in a broad evolutionary context.

How does nutrition control the initiation of a developmental programme?

Nutrition is a critical physiological factor that can drive developmental decisions and have long-term health consequences. The strict requirement of nutrients for tentacle addition in Nematostella creates an ideal opportunity to explore the link between the metabolic state and organogenesis during post-embryonic development. Using diet-controlled experiments and reporter transgenic lines for critical signalling pathways, our aim is to identify the molecular and cellular apparatus that tightly coordinates growth and differentiation with the nutritional status of the environment.

What are the mechanisms that drive injury-induced regeneration?

Regeneration is a fascinating phenomenon, and we are captivated by the challenge of disentangling regenerative mechanisms from those at play in development at large. Nematostella has both extreme regenerative capacities and highly manipulable development, and we will capitalise on this rare combination of traits to identify the mechanisms that restore epithelial tentacle tubes after amputation. This intra-species comparison between development and regeneration will provide novel insights into the plastic nature of the morphogenetic trajectories that lead to organ formation in both embryonic and adult stages.