The Asari group combines experimental and computational approaches to study the principles and the function of neuronal circuits, specifically in the early visual system of mice.

The Asari group combines experimental and computational approaches to study the principles and the function of neuronal circuits, specifically in the early visual system of mice. Edit 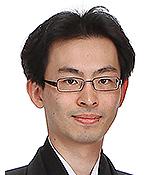 How do neurons interact with each other to perform specific neurological functions? To address this question, we have been taking a theory-driven approach to better understand the circuit mechanisms underlying diverse computations in the retina (Figure 1). We developed a biologically faithful but computationally tractable model of the retina, from which predictions were derived on the circuit structure and function, and subsequently tested for experimental validation (Real et al., Curr Biol 2017; Vlasiuk and Asari, PLoS One 2021). We will further pursue this theory-driven approach to reveal how signal flows within retinal circuits to process specific aspects of visual information.

While ex vivo studies have provided deep insights into the structure and function of the retina, it remains elusive what exactly the eye tells the brain in vivo because the retinal physiology is subject to the internal states of an animal. We have been using modern systems neuroscience approaches to study the role of retinopetal projections and their impact on the retinal visual responses from the viewpoint of visual computation. We have recently expanded our program to study how retinal outputs are integrated in the superior colliculus together with feedback modulatory input from the visual cortex in response to behaviorally relevant stimuli. The outcome of our research will lead to a better understanding of how neurons interact in local and global networks to process sensory information under different behavioral contexts. Ultimately, this will support the future development of visual prosthetic devices by faithfully emulating the function of the early visual system, in particular, the retina.