The EMBL Insight Lecture 2019 “Ageing and disease – What is the link?” was be presented by Professor Dame Janet Thornton, Senior Scientist and Emeritus Director, EMBL-EBI, on 13 December 2019.

Many diseases share a common risk factor: age. We already know that many genes and pathways are important in the ageing process and numerous studies demonstrate that genetic interventions can lead to healthier ageing. An important challenge is to understand the molecular changes that occur during ageing and to find why these changes increase the risk for some diseases, like diabetes or heart attacks.

Janet Thornton’s research group use computational methods to analyse many different types of data to identify the links between ageing and disease – from details about the three-dimensional structure of proteins to electronic health records and biobank data. They hope to identify those drugs most likely to alleviate the negative effects of ageing and to measure their effects on lifespan in model organisms or cells. As such, these compounds are promising as research tools and ultimately a step towards identifying drugs for a healthier human ageing.

Janet Thornton is a Senior Research Scientist at EMBL’s European Bioinformatics Institute (EMBL-EBI) on the Wellcome Genome Campus at Hinxton, near Cambridge, United Kingdom. She was Director of the Institute from 2001-2015.

Janet’s research is focused on proteins, especially their structure, function and evolution. She is a computational biologist, working at the interface of biology with physics, chemistry, and computing. This includes a detailed analysis of enzyme biocatalysts, their mechanisms and the evolution of new functions. Her group is also investigating the molecular basis of ageing. She has published more than 500 scientific papers, was elected to the Royal Society in 1999 and is a Foreign Associate of US National Academy of Sciences. In 2012 she became a Dame Commander of the Order of the British Empire for services to bioinformatics.

The lecture will link to the following A-level curriculum topics:

biological molecules; genetic information, variation and relationships between organisms; organisms respond to changes on their internal and external environments; genetics, populations, evolution and ecosystems; the control of gene expression.

Ageing, longevity, the naked mole-rat and us 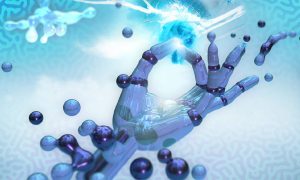 "The shapes of life: modelling how cells self-organise" by Dr. James Sharpe 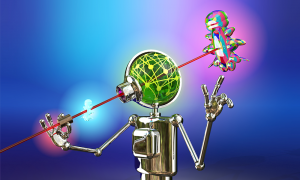 “Cells, computers and microscopy: how can AI pave the way to scientific discovery?“ by Dr. Anna Kreshuk 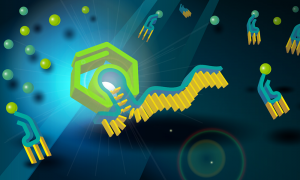