From academia to industry and back

Sara A. Courtneidge, recipient of the 2022 Lennart Philipson Award, reflects on the fundamental and translational research aspects of her career in cancer research

As she reflects on her long, successful career, it is clear that Sara A. Courtneidge has always been driven, primarily, by an innate compulsion to discover how things work.

Growing up in Sussex, England, she recalls excitedly rushing to the butcher’s shop on her way home one day to obtain a cow eye to dissect, having been shown the ropes by a particularly enthusiastic science teacher. She also remembers taking it upon herself to examine her family’s tap water using a microscope borrowed from one of her brothers’ chemistry kit.

And while these formative experiments ensured her family always boiled their water and thoroughly washed chopping boards, they also indicated early on Courtneidge’s burning curiosity about the natural world that would shape the rest of her life.

It is this extraordinary will to examine and better understand crucial mechanisms of biology that led to her 2022 Lennart Philipson Award recognising her major contributions to foundational and translational cancer research.

This could be perceived as her career coming almost full circle: Philipson was the Director General who recruited Courtneidge to EMBL in 1985. “I had some fantastic interactions with Lennart; he was a wonderfully supportive man. I owe a lot to him,” she said.

The chemistry of serendipity

Courtneidge, who attended one of Britain‘s first comprehensive schools, attributes much of her early success to serendipity. She considers it a stroke of luck that she was taught by a PhD-level chemistry teacher, and was one of a handful of students in her year encouraged and supported to attend university.  “My life has just been these series of fortuitous things,” she said.

In 1972, she went to the University of Leeds, having “announced” that she intended to do so to parents who were both slightly bemused by, and extremely supportive of, their daughter’s boldness. She was only the second member of her family to attend university and believes that her undergraduate degree in biochemistry set her up for the rest of her career. “It was a really good basis for everything we understand about modern molecular biology now,” she said.

Her PhD took her to the now-defunct National Institute for Medical Research in Mill Hill, London, where she specialised in virology and immunology. There she first encountered the role of T cells in recognising virus infection.

“I was working within two labs, one led by an immunologist, and the other led by a virologist, using influenza virus genetics to study how the T cells interact with viruses. It’s been interesting helping my friends and colleagues understand pandemics because we had a lot of conversations in my lab about pandemics and how you track them,” Courtneidge recalled.

Courtneidge would have likely have continued down that path if not for one of her PhD advisors, the virologist Sir John Skehel, intervening.  “John said, you shouldn’t do the same thing for your postdoc that you did for your PhD,” she recounted. “This is a time to broaden your horizons.”

With Skehel’s endorsement, Courtneidge became interested in the recently discovered novel retroviruses, and he helped her decide to pursue this in one of the labs on the US West Coast. Having never flown before and having only been abroad once, she found herself on a plane bound for University of California, San Francisco to work with the respected microbiologist J. Michael Bishop.

Bishop was later awarded the 1989 Nobel Prize in Physiology or Medicine with Harold Varmus, with whom he discovered the first human oncogene, c-src , which they were using to study cancer. Meanwhile, colleagues in the lab had just determined the protein that this particular oncogene made, c-Src. It had also just been discovered in another lab that the Src protein was a kinase – an enzyme that adds phosphate groups onto other proteins.

Courtneidge found she was one of the few scientists in the lab familiar with biochemistry and how to handle proteins. “People were saying, ‘Gosh, I wish there was a way we could find out where this protein is in the cell and what it does.’ And I said ‘this is something I know how to do’,” she said.

“It was an amazing time to work on oncogenes,” Courtneidge said. “Now we had this single protein that could turn a normal cell into a cancer cell. There was this push to work out how it does that. That’s when I started working on Src in the lab.”

After her PhD, Courtneidge returned to the National Institute for Medical Research. It had recently been discovered by scientists at the Salk Institute that a DNA tumour virus oncogene called middle T had some kinase activity associated with it – but they couldn’t show that it was a kinase itself. Once again, she possessed the skills and knowledge in the right place at the right time: “I had all the tools from working on Src and Alan Smith’s lab at NIMR had all the tools for working on polyomavirus and the middle T oncogene.”

Courtneidge collaborated with Smith and discovered that the Src protein binds to middle T protein produced by DNA tumour viruses when they infect the cell. That switches on Src activity that causes cancer. This major finding united two different research fields and paved the way for further developments.

“Generally, most DNA viruses just take the brake away [from cell cycle regulation). But the polyomavirus both takes the brakes away and expresses a very potent tumour virus oncogene which activates the accelerator. It was pretty clear at the outset that that was a fundamental reuniting of the tumour virus fields, which were split for a while, and it started a lot of other research,” said Courtneidge.

In 1985, Courtneidge brought this research to EMBL, where she was, for a long period, the only female group leader. She later became EMBL’s first female senior scientist.

“It’s an intolerable burden on women to be the one example of a woman in a room because then, if you give a bad talk, it is generalised into ‘women give bad talks’,” she said.  “If your paper isn’t well received, it’s ‘women’s papers are inferior’.” Courtneidge has been a passionate and active spokesperson for gender equality in science throughout her career, believing better representation is key.

Courtneidge credits EMBL’s multicultural environment for her insights into the many ways to approach research questions. She also recalls a “collaborative spirit and an open mindedness” that fostered trust between colleagues and prioritised idea sharing above competition.

“I have never had more than 10 people in my lab since EMBL,” she said of the impacts EMBL has had on her approach. “Having a smaller lab helps collaboration; it’s not just about how many papers you produce and doing your own thing.”

“At EMBL, we were publishing great papers, left, right and centre with wonderful people in my lab,” she said. “But I reached a point where I asked, ‘Is there more’?”

An opportunity in San Francisco caught her attention.

“If you want to develop treatments for people based on all the amazing scientific discoveries that were happening in the oncogene field, you had to apply that in some way. And I just thought: ‘I need to put my money where my mouth is,’” she said.

Courtneidge joined SUGEN Inc. as Head of Research in 1994, where she guided novel kinase discovery and validation efforts in oncology, and developed the company’s research operations. Her own research had to move to the backburner while she focused on the company’s priorities, but Courtneidge has no regrets. She believes scientists should gain experience in both translational and fundamental research.

“How are you going to sell your research to a company if you haven’t thought through what they’d be interested in? What are the potential risks? What are the economics?” she said.

Realising the day-to-day demands of business administration were leaving her little time for the scientific research she loved, Courtneidge ultimately returned to academia in 2001 to establish a lab at the Van Andel Research Institute in Grand Rapids, Michigan, focusing on applying fundamental research on how cancer cells move to identifying ways to interfere with metastasis.

She has since served as a professor and Director of the Tumor Microenvironment and Metastasis Program, and Director of Academic Affairs, at the Sanford Burnham Medical Research Institute, before joining Oregon Health and Science University in 2014, where she worked as an Associate Director of Translational Sciences for the Knight Cancer Institute.

Courtneidge’s work over a number of decades has significantly contributed to understanding oncogene transformation, regulation, substrate selection, and function.

But Courtneidge is characteristically humble about her legacy. Instead of awards or accolades, she focuses on discoveries and new knowledge.

“I want to leave a body of work and a toolbox for others to carry it forward,” she reflected. “I stood on the shoulders of giants, and I want everybody to keep climbing upwards towards better understanding”. 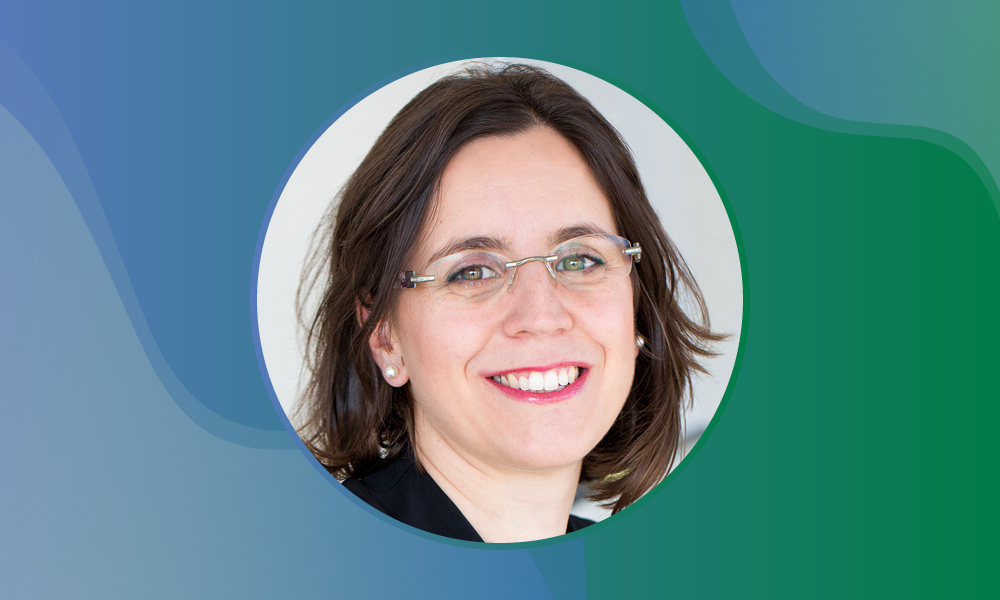 Newts act as model organisms for Maria Tosches, winner of the 2022 John Kendrew Award, to further explore the cellular makeup of vertebrate brains. 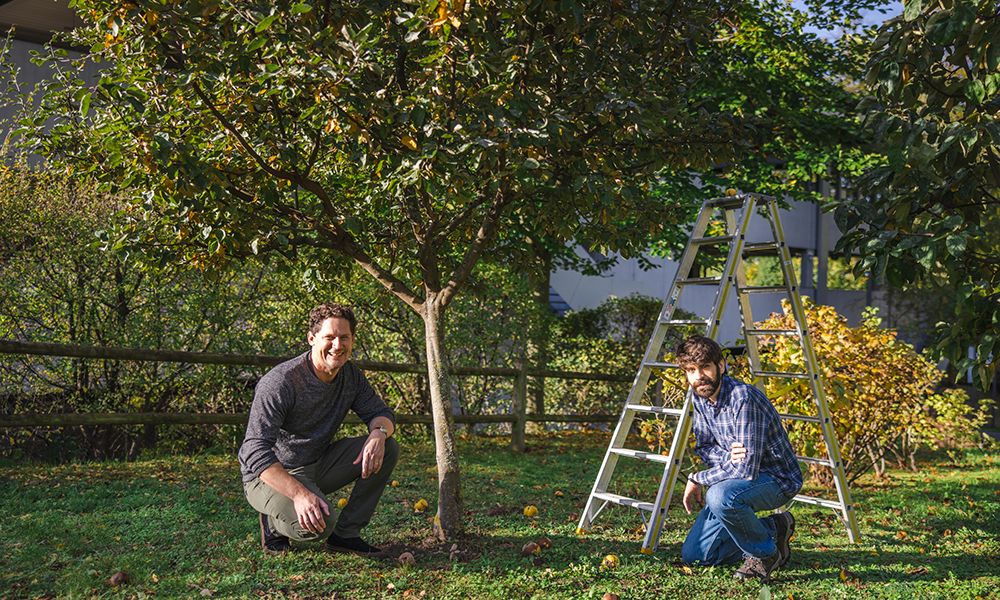 The power of a pesticide library 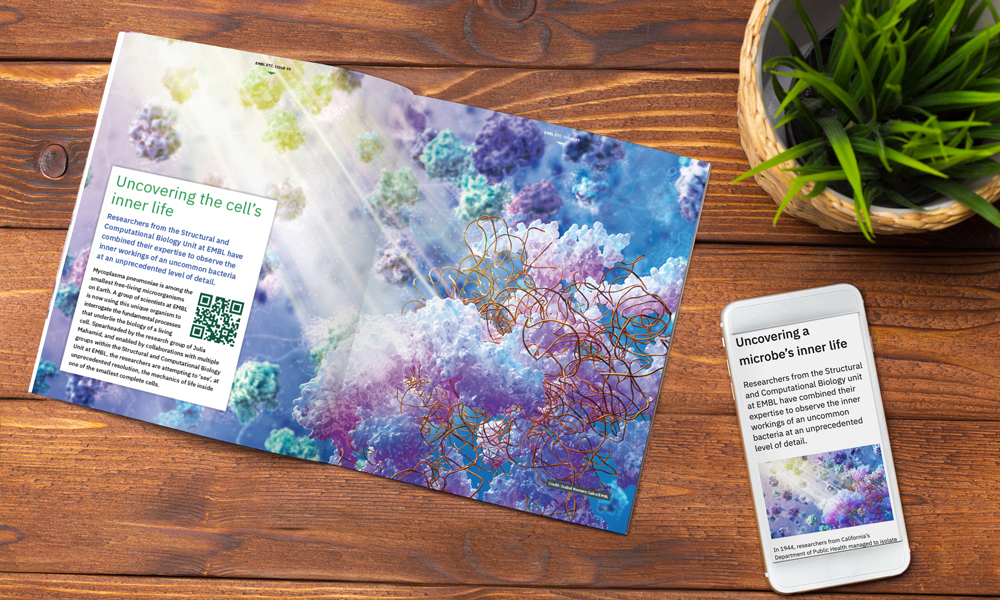 Click here to download a quick overview of all the articles included in this digital issue of EMBLetc.