Visual circuits in the thalamus

The Rompani group studies the function of visual circuits in the thalamus, using a combination of functional imaging, genetics, virology, and behavioral assays in mice.

The Rompani group studies the function of visual circuits in the thalamus, using a combination of functional imaging, genetics, virology, and behavioral assays in mice. Edit 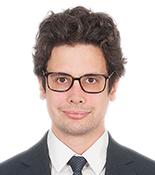 The brain shapes sensory information into behaviourally relevant perception, with vision being particularly important to how humans experience the environment. Conscious visual information is transmitted from the retina to the visual cortex via the lateral geniculate nucleus (LGN) of the thalamus. However, it is still unclear what computations are performed by the LGN. Our previous work looked at how single LGN cells get input from retinal ganglion cells, the output cells of the retina. We found that principal neurons in the LGN get inputs from far more cell types than previously expected (Fig. 1), suggesting that the thalamus is engaged in highly sophisticated processing of visual information.

Not only is the LGN essential for the transmission of conscious information, it is also the first visual area to receive substantial input from non-visual brain regions. Thus, the LGN is uniquely poised to modulate vision depending on the behavioural needs of the animal, coming from either other sensory modalities or differing internal states. Our lab studies how vision is shaped in the mouse LGN by these cross-modal and state-dependent inputs.

To ask these questions, we probe the visual responses of the LGN (Fig. 2) as they are modified by a variety of non-visual sensory stimuli and internal states. This will determine the logic governing how retinal responses become behaviourally relevant, context-specific visual information. Such insights will not only elucidate the mechanisms of visual processing early in the visual system, but will likely reveal circuit computations shared with downstream cortical areas, since higher brain regions are intimately interconnected and state dependent. Eventually, this work will also allow us to develop strategies for visual restoration in blind patients with diseases such as glaucoma, macular degeneration, and diabetic retinopathy, as well as insights into conditions known to exhibit neuro-atypical cross-sensory integration, such as autism and schizophrenia.