The Petridou group aims to understand how complexity emerges during early embryo development, focusing on the role of critical points and transitions in tissue morphogenesis. Edit 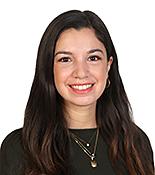 Multicellular systems are dynamic systems that constantly change their morphology and associated physiology, an essential strategy for adapting to their environment and ensuring normal growth, development, and homeostasis. Microscopic mechanochemical interactions (molecular and cellular scale) underlie the macroscopic morphological–physiological changes (tissue scale). How this micro–macro link is established in vivo is the focus of our research. How can local microscopic patterns of cellular organisation trigger global macroscopic properties of tissues in an organismal context.

Of special interest is dissecting the in vivo dynamics of this relationship, where gradual changes in microscopic interactions can lead to either gradual/linear changes or to abrupt/drastic transitions in the macroscopic properties. The latter nonlinear relationship relies on the presence of critical points, which from studies in physics have been shown to trigger symmetry breaking events, emergence of complexity, spontaneous order, and to provide fitness to a system. A developing embryo is the most complex system known, exhibiting remarkable fitness. Just as critical points and transitions can explain the emergence of complexity in everyday phenomena such as magnetism and flocking birds, we aim to explore how they can explain the emergence of embryonic complexity.

To address this, we utilise an interdisciplinary research line, combining tools from embryology, live imaging, genetics, computational imaging analysis, biophysics, and – in collaboration – theories from statistical mechanics. Our main system is the early zebrafish embryo at the onset of morphogenesis, when it transits from an amorphous pluripotent blastula to the multipotent gastrula undergoing extensive morphogenetic motion. By performing biophysical measurements, we have recently shown that the zebrafish blastoderm undergoes an abrupt/drastic decrease in tissue-scale viscosity (see figure), which is essential for its spreading. This abrupt tissue fluidisation is mediated by changes in cell–cell adhesion, where blastoderm cells gradually and subtly disconnect from their neighbours (see figure). Ongoing quantitative research suggests that when cells reach a critical point in their connectivity, the tissue undergoes a rigid-to-floppy phase transition, where rigid structures within the tissue abruptly disappear. A key observation is that the pluripotent embryonic tissues are positioned in the vicinity of this critical point of structural transitions, suggesting that the onset of morphogenesis operates at criticality.

We aim to understand the role of criticality in tissue morphogenesis by unravelling: