The Pepperkok team develops novel approaches to study the temporal and spatial organisation of membrane traffic and organelle biogenesis in the secretory pathway. Edit 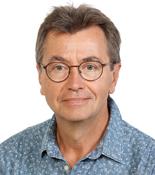 While many of the core components of the secretory machinery have been identified and characterised to some detail in the past decades, still little is known about how all components function together and how they are regulated in response to extracellular stimuli, stress or differentiation. Transport of material from one organelle to the other involves several steps, which have to occur sequentially and thus require a high degree of control at the molecular level (see figure 1). In order to understand such regulation in the physiological system that contains all possible components involved in the intact cell, we have developed and applied microscopy-based approaches to systematically identify components that regulate the early secretory pathway and the biogenesis and maintenance of the Golgi complex, down to the genome level. We have also developed and applied high-throughput microscopy techniques to quantitatively image genetic or physical interactions of the components we identified.

In order to investigate the mechanisms of Golgi biogenesis we have developed an approach, using laser nanosurgery, to deplete living cells from their Golgi complex and subsequently analyse the ‘Golgi-less’ karyoplast by time-lapse light and electron microscopy (figure 2). With this approach we are able to show that Golgi biogenesis in mammalian cells occurs de novo from ER derived membranes by a self-organising mechanism that integrates Golgi biogenesis, ER-exit sites biogenesis and the organisation of the microtubule network.

We will study the complement of components that our genome-wide screens identified as being involved in the early secretory pathway in further detail. An important question in this context will be if and how they participate in the temporal and spatial organisation of ER-exit sites and their function, and the biogenesis of the Golgi complex.

Ultimately, we hope to be able to define and understand the molecular network(s) underlying trafficking at the ER/Golgi boundary and Golgi function, also considering their relationship to other cellular processes such as transcriptional control, lipid or general metabolism, or signalling and thus contribute towards a global molecular understanding of the living cell.

The Pepperkok team develops novel approaches to study the temporal and spatial organisation of membrane traffic and organelle biogenesis in the secretory pathway.