Theory of cellular and multicellular organisation

The Erzberger group uses the tools of theoretical physics to identify fundamental principles underlying the formation of cellular and multicellular structures. Edit 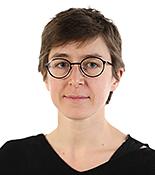 Living matter self-organises across temporal and spatial scales ranging from the molecular to the organismal. During embryonic development, for example, cells assemble into complex organs that reliably carry out specific functions. Understanding the principles governing self-organisation is one of the most important goals of both biology and the physics of complex systems.

Recent experimental advances have made it possible to observe the development of organs within living embryos, measure the forces exerted by cells, and track the exchange of molecular signals. This progress puts us in a position to leverage the theoretical machinery developed for simpler systems in traditional condensed matter towards studying the self-organisation of life. Moreover, the unique properties of biological systems necessitate theoretical innovations that could shift and change fundamental paradigms about the organisation of matter.

In our group, we use methods from statistical and non-equilibrium physics to understand how large-scale phenomena emerge from the interactions and properties of their constituents in systems ranging from subcellular structures to embryos. We study how the spatial organisation of cells and tissues arises from feedback between molecular signalling processes and concurrent mechanical and morphological changes. In close collaboration with experimental groups around the world, we apply our theories to explain and predict the observed behaviour of a diverse range of systems from cellular organelles to entire organs during morphogenesis.

Forming a multicellular structure involves a vast number of cellular processes, yet only a handful of signaling pathways regulate these. How is such molecular ‘multitasking’ achieved? The morphological changes induced by the differentiation of cells often impact their capacity for signalling. For example, a change in the distribution of receptors on a cell’s surface, or the size of a lumen carrying ligands, can drastically alter where signals are transmitted. Among other model systems, we investigate the differentiation of sensory cells via the Notch pathway to study how biological systems leverage the interplay between signalling dynamics and mechanics to form complex structures.

The nucleus is the largest organelle in most cells, and its position influences not only cellular mechanics and morphology, but also gene expression and signalling. We investigate the physical principles that govern nuclear position based on active cytoskeletal stress patterns and the properties of surrounding tissues. Furthermore, we study how large-scale tissue architecture is shaped by – and feeds back onto – nuclear properties and distribution patterns, for example in the context of neuroepithelial development.

Cellular polarity and the extracellular matrix

When cells exert forces on their environment, they can create long-range deformations and alignment patterns in the extracellular matrix (ECM), which in turn can feed back and guide symmetry breaking at the cellular level. We study the interplay between collective cell movement, ECM organisation, and cell polarity in the zebrafish lateral line, and in the context of mesenchyme patterning during skin development.