The Ebisuya group recapitulates developmental mechanisms in vitro to study how we humans are different from other species, and develops novel tools to manipulate tissue shape and function. Edit 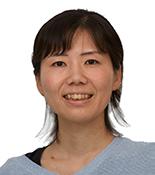 Human development is in general slower than mouse development, …but why? To study the biophysical mechanism of interspecies differences in developmental tempo, we make organoids from pluripotent stem cells. Organoids offer an ideal in vitro platform to compare different species under the same experimental conditions.

Not only the segmentation clock but also the formation of 3D somites can be recapitulated from pluripotent stem cells. We have recently created human embryonic organoids, termed somitoids, that periodically form pairs of somite-like structures according to the segmentation clock (Figure 2). Furthermore, in addition to human and mouse stem cells, we now use several mammalian species, including rabbits, cattle and rhinoceroses, setting up a ‘stem cell zoo’ in the lab. The combination of the stem cell zoo and new organoids will enable the quantitative comparison of tissue morphogenesis across species.

After finding out the biophysical mechanisms underlying species-specific developmental tempo and morphology, we want to manipulate the mechanisms. Ultimately, we want to make a mouse tissue that displays human time and shape, for instance. That is why we develop genetic tools to manipulate organoids. We have recently developed an optogenetic tool to induce apical constriction in mammalian cells. Optogenetic manipulation of apical constriction caused multiple types of tissue deformation, including neuroepithelial thickening and apical lumen shrinkage of neural organoids (Figure 3). By manipulating the shape of organoids, we are now investigating the interplay between tissue shape and function.

Technologies in the lab