The Boulard group combines mouse genetics with biochemical and genomic approaches to study how mammalian cells stably repress parts of their genome. Edit 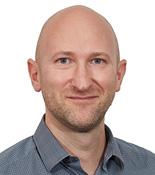 Our group studies how genetic information can be interpreted differently across cell types and time. We are particularly interested in understanding how mammalian cells regulate the availability of their genome by repressing some specific loci. For instance, female cells compensate for the presence of two X chromosomes by permanently inactivating one entire X chromosome per cell. Other examples of mono-allelically silenced genes include the expression of olfactory receptors and imprinted genes, a set of genes that are mono-allelically expressed in a parent-of-origin manner. Genomic imprinting is controlled by a chemical modification of the DNA known as cytosine methylation. Sex-specific genomic methylation patterns are established in the parental germlines; their propagation during cell division makes them stable for the entire lifetime of an individual. Cytosine methylation is also critical to defend the genome function against parasitic genes including retrotransposons and exogenous retroviruses. Despite our detailed knowledge of the dynamics of genomic methylation patterns, the nature of the mechanism that represses methylated promoters has remained enigmatic.

While investigating this fundamental question, our group recently discovered that methylated retrotransposons are silenced by the covalent modification of associated proteins by a sugar known as glycosylation. We are currently studying further the biological output of chromatin glycosylation in the broader context of embryonic development and at systemic level.

We will continue to explore the molecular mechanisms of epigenetic gene regulation as well as the cellular readout of cytosine methylation. We address these challenges in vivo, using mouse as a mammalian system model focusing on embryonic development and the adult brain.