This article is also available in

This icebreaker game aims to introduce the players to phylogenetics – the study of evolutionary relationships among taxonomic groups (e.g., organisms, species and populations) or other biological units (e.g., genes and proteins). Using short pieces of colour patterns, the players work in a group and build their own phylogenetic tree to illustrate the evolutionary branching process of an imaginary taxonomic group or biological unit.

Download the game material as pdf files by clicking here:

Aim of the game

In this game, each playing card represents an imaginable biological unit. The aim of the game is to sort the cards according to their “relatedness” and construct a rooted phylogenetic tree using all the “descendant cards”, starting with the “common ancestor” card as root.

Note that there might be several possibilities how your phylogenetic tree could look like. The aim of the game will be fulfilled as long as decisions on the position of individual “descendant” within the tree can be justified when the players explain the tree structure to a parallel group or their instructor.

When deciding on the “hierarchies” and “groupings” within your tree, remember that on the genetic level evolution happens through small changes such as deletions, duplications, inversions and substitutions of nucleotides or nucleotide stretches.

8 (7) players: each participant randomly receives one of the “descendant cards”. The “common ancestor” card is placed at the bottom of the board as starting point of the phylogenetic tree.

9 (8) players: one participant receives the “common ancestor card”. All of the other participants randomly receive a “descendant card”.

1) Players group themselves according to their “descendant cards”. The player with the “common ancestor card” can assist in grouping the other players.

2) The “common ancestor card” is placed on the board. Once grouped, the players place their “descendant cards” on the board according to the structure the group has decided on.

3) Players draw a phylogram by connecting the individual cards.

4) Once the phylogenetic tree has been finalised, players explain their decisions with respect to the tree structure to participants of a TreeTOPS Game running in parallel or to their instructor. 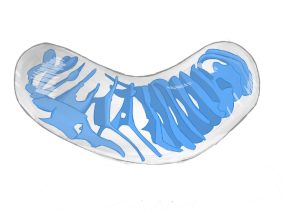 A guide to MoBIE 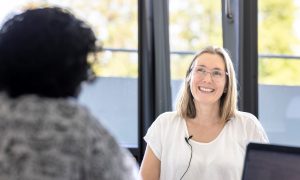 On being a scientist at the frontier of knowledge 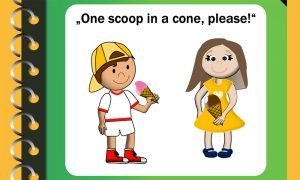 „One scoop in a cone, please!“