Taking aim at one of mankind's most common diseases

A detailed structural picture of a molecule that plays a key role in activating the Epstein Barr Virus in human cells has now been obtained by researchers at the European Molecular Biology Laboratory (EMBL) and the Institut de Virologie Moléculaire et Structurale (IVMS), associated with the Université Joseph Fourier and the CNRS in Grenoble. Like Sleeping Beauty, the Epstein Barr Virus (EBV) slumbers in the cells of 90 per cent of the world’s population, waiting to be awakened – but it’s no beauty. The study, which appears in this week’s issue of the journal Molecular Cell, also reveals a potential weak point that could be targeted by antiviral drugs.

The molecule is a protein called ZEBRA, which the virus brings along as it infects human cells. ZEBRA is essential to switching the virus from its latent to its active state. “During an infection, EBV inserts its own DNA into the nucleus of human cells. This information contains the codes for about 100 genes,” says Christoph Müller, head of an EMBL research lab in Grenoble. “Less than 10 genes are sufficient for the virus during its latent state, whereas all others are necessary to produce new viruses and to infect new host cells. Those have to be switched on, and ZEBRA functions as the switch which turns the cell into a factory to manufacture thousands of copies of the virus.”

One result is the disease infectious mononucleosis – called the “kissing disease” because EBV is transmitted in saliva – whose symptoms resemble that of a cold. But in rare cases activation of the virus also leads to EBV associated cancers, especially in people with immune deficiencies.

Researchers have focused on ZEBRA because of its ability to activate so many genes. It does so by recognizing specific strings of chemical ‘letters’ in the DNA, docking onto them and allowing the information to be read and transformed into raw materials to make new viruses.

“A good strategy in fighting viruses is to block the activation of viral genes,” says Patrice Morand, a physician at the University hospital and the IVMS. “The drugs we currently use against EBV work that way. The problem is that they only interrupt the late phase of the viral cycle. Since ZEBRA is essential to the first steps, waking the virus, blocking it would be much better.”

To identify weak points of ZEBRA as potential drug targets, Morand and Carlo Petosa from Müller’s group created a high-resolution map of the protein’s structure. Using the unique technology ‘platforms’ that EMBL and the IVMS have set up in partnership with the neighbouring institutes, they obtained crystals of ZEBRA. Examining these crystals with high-intensity X-rays at the European Synchrotron Radiation Facility (ESRF) in Grenoble, the scientists found that ZEBRA binds to DNA in a complex of two molecules. A detailed map of the interface between the two ZEBRA molecules revealed that one copy of ZEBRA plugs a large side chain into a deep pocket in the other. “This is an ideal type of structure to try to target with a drug,” Petosa says. “If we can find a molecule to block access to the cavity, the copies wouldn’t be able to bind to each other and dock onto DNA.”

Morand and his colleagues carried out a close study of the pocket, which gave them a good idea of what a ‘plug’ would have to look like. The next step will be to screen likely molecules in hopes of finding an inhibitor. “We have been trying to develop an effective way to treat EBV infections for over 20 years, without major successes,” Morand says. “Thanks to this partnership between medical research and structural biology that has grown on the Grenoble Polygone Scientifique campus, we are closer than ever before.”

Piecing together the best reference genome 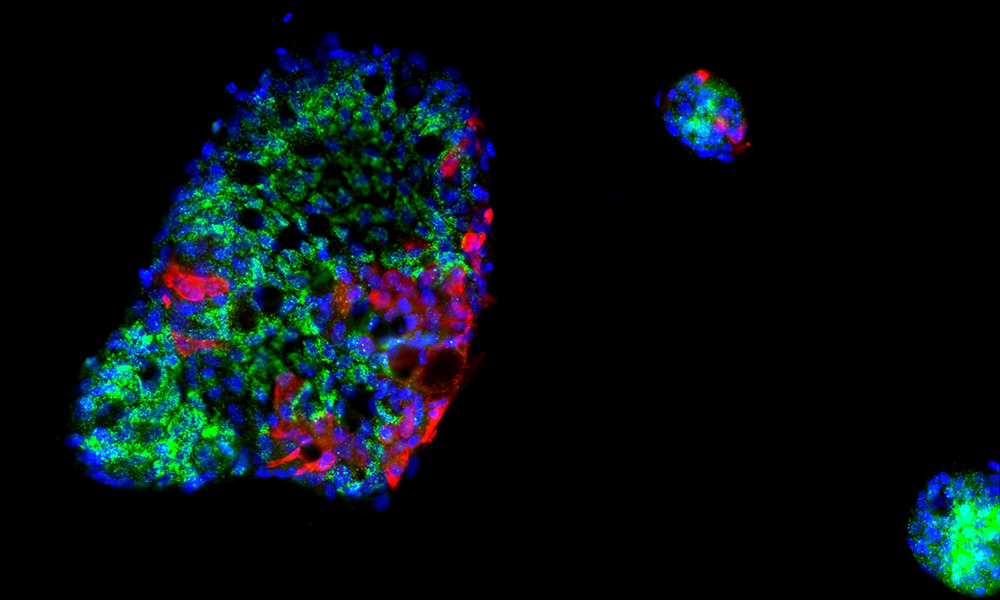