EMBL’s site by the sea hosted a trio of conferences this summer, covering topics ranging from vascular biology to engineered living systems to evolution

During the past couple of months, almost 500 people from 22 countries (from 5 continents!) have attended one of three conferences organised at EMBL Barcelona.

May 2022 started with the EMBO workshop Building networks: engineering in vascular biology, organised by group leaders Maria Bernabeu and Kristina Haase, together with Katie Bentley from The Francis Crick Institute and Milica Radisic from the University of Toronto.

This meeting brought together scientists from across the globe to share the latest research in vascular biology and to discuss tissue engineering approaches used to generate vascular models. The workshop included exciting talks on employing engineering and classical biology approaches to study the complexity of vasculature during development, adulthood, and disease.

“Despite the challenges associated with hosting a conference in pandemic times, the meeting had an excellent turnout with a number of participants coming from outside Europe, even as far as Japan,” said Kristina Haase. “After the pandemic, we all felt extremely fortunate to meet with colleagues in our field in this beautiful venue in front of the sea.”

Emergent themes from the meeting included endothelial cell plasticity, the importance of notch and mechanical signalling, synchronization of cell patterning, and the influence of environment on endothelial phenotypes. From the bio-engineering side, discussions included models of the blood brain barrier, which can be used to study diseases such as Alzheimer’s and cerebral malaria. Other highlights included models of endothelial dysfunction due to SARS-CoV-2 infections, cardiovascular diseases, and high-throughput patient-specific models for cancer screening.

“We received positive feedback for this first EMBO workshop, and would like to have a second edition in 2024,” said Maria Bernabeu. “We think this meeting could become a flagship conference for all researchers working in vascular biology and related bio-engineering fields.”

Almost exactly one month later, from 8 to 10 June 2022, the EMBL-IBEC Conference on Engineering Multicellular Systems took place. Speakers and participants discussed how this field of research is boosting our understanding of tissue and organ function, and how its applications range from disease modelling to drug screening and tissue engineering.

In addition to the scientific programme, this year’s conference invited fifty secondary school students to discuss new biological systems, such as multicellular engineered living systems. These new tools could have implications for the future of medicine and our understanding of life. In small groups, the participants learned what these living systems are, and discussed who would benefit from this research and how, as well as future bioethical implications.

July started with another EMBO workshop, this time led by EMBL Barcelona Group Leader Miki Ebisuya, as well as James Briscoe from The Francis Crick Institute, Megan Davey from the University of Edimburgh, and Pierre Vanderhaeghen from VIB KU Leuven. The meeting discussed timing mechanisms linking development and evolution. Around 130 participants joined the event.

The conference fostered dialogue between researchers from different fields and inspired new ideas to catalyse the study of the genetic, molecular, and cellular mechanisms controlling embryonic development.

The three conferences represented EMBL Barcelona’s commitment towards stimulating scientific exchange and collaboration, and the site looks forward to hosting the inauguration symposium of the Barcelona Collaboratorium for Modelling and Predictive Biology together with the Centre for Genomic Regulation (CRG) in October 2022. 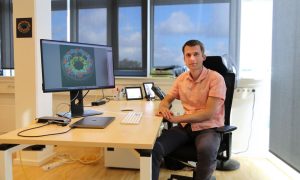 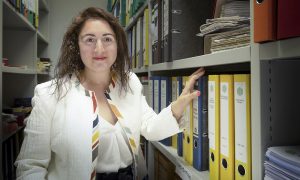 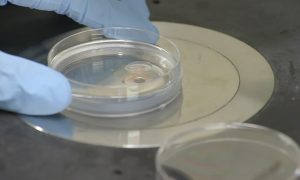 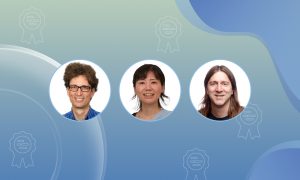