Winner of the EU Contest for Young Scientists visits EMBL

Although Nina Kathe is just 20 years old and at the beginning of her scientific career, her scientific achievements have already been recognised by the EU. In 2017, she won the EU Contest for Young Scientists (EUCYS) for her school project, which focused on antibiotic resistance. Part of her prize was a visit to EMBL Heidelberg, where she had the opportunity to attend a conference of her choice. Nina decided to take part in the EMBL conference ‘Transcription and Chromatin’ in August 2018. She also learned about EMBL’s core facilities, tested the light sheet microscope in the Hufnagel group and discussed her own research plans with members of the Typas group.

Nina’s interest in cell biology and microbiology began at school. She now studies biomedical science at the University of Zurich, Switzerland. The ‘Transcription and Chromatin’ conference was her first scientific meeting. She enjoyed the talks and felt like she got a good overview of current research. Her personal highlight during her visit to EMBL was meeting the Typas group. “It was really interesting. They showed me their labs and explained how the equipment works. You can read thousands of books, but you still know nothing until you’ve seen how it’s used,” she says.

Nina was also very interested in discussing her own research plans with the Typas group. “They explained how bacteria influence the human microbiome and what happens during infection. I could ask all of my questions, and they were really interested in in my past research and future plans.” She already knew that she wanted to do research in microbiology, and her time at EMBL underlined her interest in the topic. “My visit showed me how multifaceted this field is,” says Nina. She enjoyed the atmosphere at EMBL and particularly liked the internationality and openness of EMBL’s staff. “Although, I still don’t know exactly where I’ll end up working in science, EMBL would definitely be one of my favourite options.” 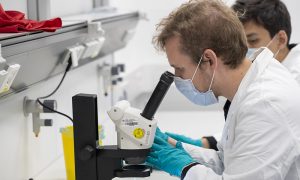 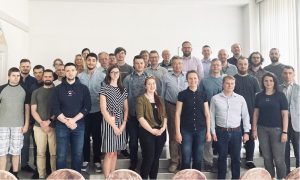 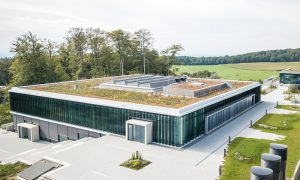 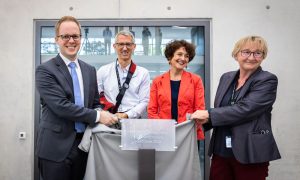