The Zaugg group investigates the variation of molecular phenotypes among individuals and their genetic variation, with the aim of better understanding the molecular basis of complex genetic diseases and inter-individual differences in drug response. Edit 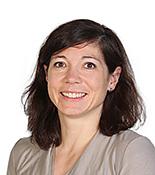 One of the continuing challenges in biomedical research, in particular in translating personalised molecular medicine to the clinic, is to understand the contribution of genetic variation to hereditary traits and diseases. Genome-wide association studies have revealed thousands of associations between genetic variants and complex diseases. However, as most of these variants lie in non-coding parts of the genome, our understanding of the molecular mechanisms underlying these associations is lagging far behind the number of known associations.

To gain a better mechanistic insight into potential causes of known genotype-disease associations, our lab is investigating the variability of molecular phenotypes among individuals and trying to link them to genetic variation. In addition, as many of the disease-associated single-nucleotide polymorphisms (SNPs) are located in regulatory elements, we have a general interest in understanding gene regulatory mechanisms.

Our recent findings indicate that about 15 percent of all regulatory elements, measured through chromatin marks by ChIP-seq, have a genetic basis, thus challenging the traditional view of chromatin being an epigenetic mark. Many of these so-called histone quantitative trait loci (hQTLs) also have an effect on distal genes or regulatory elements (Figure 1) through a mechanism that is probably mediated by transcription factors (Figure 2). Importantly, these hQTLs are highly enriched for SNPs that have previously been found to associate with complex traits or diseases, highlighting the functional significance of studying inter-individual variation of molecular phenotypes. We are currently investigating potential mechanisms, such as enhancer compensation models as well as transcript isoform variation, to understand the complex relationship between gene expression and regulatory elements.

In the future we will expand our efforts to contribute to the understanding of complex traits and diseases along three lines of research: