The Merten group develops and applies microfluidic technology with a strong translational focus. The group’s ultimate goal is to establish novel treatments against cancer. Edit 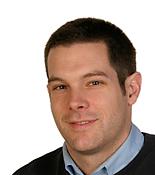 Working on the micro-scale offers some unique advantages:

During the past couple of years we have established powerful microﬂuidic platforms for cell-based and biochemical assays. We continuously develop novel microﬂuidic chips, detection systems and software (mainly LabVIEW) for the discovery of new drugs and antibodies, partially in collaboration with large pharma industry. Furthermore, we use microfluidic technology to predict optimal (personalised) drug cocktails for cancer therapy. The group is very interdisciplinary and consists of people with various backgrounds, including biologists, engineers and programmers. However, prior knowledge in microfluidics is not mandatory for joining!

For most applications we use two-phase microﬂuidics, in which aqueous droplets within an immiscible oil phase serve as miniaturised reaction vessels. As they can be generated at kilohertz frequencies, they are of particular interest for high-throughput screens. Furthermore, the small assay volumes (pico- to nanoliters) facilitate the obtainment of high concentrations of nucleic acids (mRNA, DNA) or proteins (such as secreted antibodies) from individually encapsulated cells, paving the way for single-cell assays. Sometimes we also use continuous-phase microﬂuidics, for example to generate laminar ﬂow patterns, to apply spatial constrictions, or to provide cells sequentially with different stimuli. This has turned out to be particularly useful for various developmental biology applications.

Encapsulation of HEK293T cells (left) and C. Elegans (right) into aqueous microcompartments. Subsequent to an incubation step a fluorescence readout of individual microcompartments can be performed.

Having a comprehensive microﬂuidic toolbox at hand (and expanding it continuously), we are now focusing on applications in three different research ﬁelds:

Therapeutic antibodies: Droplet based microﬂuidics enables to screen a large fraction of the murine and human immune repertoire in a single experiment. We are actively exploiting this for novel therapeutic approaches.

Personalised medicine: We use microfluidic devices to test drug combinations directly on human tumor samples and to predict optimal therapies.

Genomics: We are actively developing microﬂuidic modules for single-cell barcoding and sequencing. This will enable the study of the mechanisms of drug resistance in great detail.