Understanding the formation of hematopoietic progenitor and stem cells during development

The Lancrin group studies the hematopoietic system and looks to develop strategies to improve methods for generating blood cells from pluripotent stem cells. 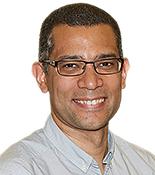 Every day, our body produces billions of blood cells to ensure the oxygenation of our tissues, to protect us from pathogens and to stop blood hemorrhage. This is possible because of the existence of hematopoietic stem cells (HSCs), rare cells residing in our bone marrow. They are characterized by the ability to self-renew and to produce any kind of blood cells. As we get older, our HSCs could slowly accumulate somatic mutations; some of which could lead to blood cancer. One strategy to treat this disease is to replace the entire hematopoietic system with a healthy one.

Every year, thousands of people in Europe require hematopoietic stem cell transplantation to cure non-malignant diseases (thalassemia) and blood cancers such as acute lymphocytic leukemia. These transplantations are life-saving but not every patient needing one can benefit from it because of the difficulty to find a matching donor. As a result, other methods to obtain blood cells matching a given patient have been explored. Cellular reprogramming is such an approach where a cell from a person could readily be reprogrammed in the cell type of choice. Finding a suitable donor for a transplantation would not be an issue anymore. To successful make HSCs through reprogramming, it is crucial to understand how they are made. That is why our research group has been focusing on embryonic development; the time when HSCs are being produced.

HSC are formed during embryonic life from endothelial cells, building blocks of the vascular system, which is responsible for blood circulation in the body. This process is called endothelial to hematopoietic transition (EHT) (figure 1).

The generation of the ESC-like induced pluripotent stem cells (iPSC) from fully differentiated cell types, such as skin fibroblast, provided a major breakthrough in the field of regenerative medicine. However, important work has to be done to differentiate efficiently iPSC or ESC toward specific cell types including blood cell progenitors such as HSC.

Consequently, our research will continue to unravel the mechanisms underlying the formation of HSC from endothelial cells. Combining single cell transcriptomics, computational biology (see https://github.com/lancrinlab/CONCLUS), time-lapse microscopy, and loss and gain of function experiments in vitro and in vivo, we will identify signaling pathways and transcriptional regulators involved in the generation of hematopoietic stem and progenitor cells during embryonic life. Our research will help the development of new strategies to improve methods of blood cell generation from ESC or iPSC for regenerative medicine.