The Cuylen group investigates how proteins act as surfactants to regulate the spatial separation of chromosomes and other cellular organelles.

The Cuylen group investigates how proteins act as surfactants to regulate the spatial separation of chromosomes and other cellular organelles. Edit 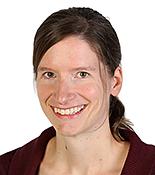 Eukaryotic cells are organised into compartments to coordinate biochemical reactions in space and time. Many of these compartments, commonly referred to as organelles, have membranes that generate a physical barrier for macromolecules, such as proteins or nucleic acids. Remarkably, other organelles, for example the nucleolus, are not surrounded by membranes. Recent studies have provided compelling evidence that membraneless organelles have liquid-like properties and undergo liquid de-mixing in a process called phase separation. Yet how these membraneless organelles assemble and how they maintain their spatial separation is a central unresolved question in cell biology.

The main interest of our group is the spatial organisation of eukaryotic genomes. The genome of eukaryotes is divided into several distinct chromosomes. During interphase, chromosomes are isolated from the cytoplasm by a membrane, the nuclear envelope, and fill the entire nuclear space as loosely organised chromosome territories. However, upon entry into mitosis, chromosomes are compacted into thick fibres and are released into the cytoplasm after disassembly of the nuclear envelope. Remarkably, individual chromosomes remain separate entities during mitosis, whereas many other polymeric assemblies fuse with each other upon contact in a liquid-like manner. After more than a century of research, we still don’t understand how chromosomes are kept as individual bodies throughout mitosis.

Our recent work has demonstrated that Ki-67, a chromosome surface protein, enables mitotic chromosomes to move as independent mechanical bodies. In cells depleted of Ki-67, mitotic chromosomes coalesce into one large chromosome mass, reminiscent of the tendency of other non-membrane-bounded organelles to merge upon contact. Using genome engineering and advanced high-resolution live-cell imaging, we discovered that Ki-67 forms extended brush-like structures on the surface of mitotic chromosomes, whose function in chromosome individualisation depends on electrical charge and protein size. This is similar to surface-active agents (surfactants), chemical compounds used to maintain dispersions or emulsions, thus raising the exciting possibility that Ki-67 acts as a biological surfactant to disperse mitotic chromosomes.

Our previous findings suggest that proteins can act as surfactants at the phase boundary between chromosomes and cytoplasm. We aim to further characterise the surfactant mechanism of Ki-67 and other synthetic surfactant-like proteins in vitro and in cells, and we will explore whether other proteins act as surfactants at the liquid-liquid interfaces of other membraneless organelles. We will use a highly interdisciplinary approach that combines biochemical, biophysical and cell biological methods to advance our understanding of cellular organisation and biophysical properties of chromosomes.