The Köhler group studies how chromatin is organised during meiosis to allow for the production of haploid gametes from diploid precursor cells.

The Köhler group studies how chromatin is organised during meiosis to allow for the production of haploid gametes from diploid precursor cells. Edit 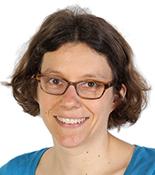 Meiosis is a specialised cell division process that generates haploid gametes from diploid precursor cells. During the meiotic cell division process, homologous chromosomes undergo recombination and are then segregated from each other. Errors in this process are a major cause of infertility and can also result in congenital conditions such as Down syndrome. For homologous chromosomes to segregate properly during meiotic divisions, they must first pair during meiotic prophase. Pairing is ultimately stabilised by crossover formation, which generates physical linkages between the homologous chromosomes and gives rise to genetic diversity. However, the way in which these processes are regulated remains unclear. More than a century ago, using electron microscopy, scientists identified a unique, ladder-like structure, the synaptonemal complex, which assembles between homologous chromosomes during meiosis. Since then, several studies have identified the components within this complex and have revealed that this structure is key in regulating meiotic processes.

Despite its wide conservation and its central role in meiosis, little is known about the molecular organisation of the synaptonemal complex. Taking advantage of genome editing and single-molecule localisation microscopy, we have recently revealed the three-dimensional architecture of this complex in the model organism Caenorhabditis elegans (see figure). The model of its molecular organisation gives unique insight into how the synaptonemal complex might contribute to the genome-wide regulation of crossover formation.