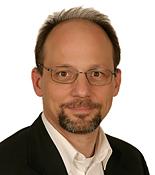 All three beamlines are in full user operation. They feature focusing X-ray optics based on adaptive bimorph mirrors and on Compound Refractive Lenses, multi-degree-of-freedom heavy-duty detector stages for the large and fast area pixel detectors, white and monochromatic X-ray beam monitors systems and in-house developed beam conditioning units. The main part of the instrument control, including motion control, is carried out using an industrial field bus system. A central cryogenic supply system for the different liquid nitrogen consumers at the beamline endstations, comprising control and safety system, has been implemented.

Each beamline is equipped with a fixed-exit double crystal monochromators (DCM) with liquid nitrogen cooling. Their thermal and vibrational stability are under continuous improvement making use of interferometer based metrology and Finite Element Analysis.

As an alternative to the DCMs, a double-multilayer monochromator (DMM) system has been developed in house. It offers a wider energy bandpass and can enhance the totally available flux density by 1-2 orders of magnitude. At the P12 beamline, a DMM is in user operation delivering the beam with the highest photon flux for SAXS experiments at PETRA III, and worldwide.

The extreme intensities achieved with the DMM optics can be used to carry out time-resolved solution-scattering studies down to the microsecond range. In general, this requires a series of additional devices, such as a laser triggering system, synchronization electronics or an X-ray beam chopper, which are developed and/or implemented by the instrumentation team.

There is a strong demand to automate the measurement process at structural biology beamlines as much as possible, so as to allow for high throughput and remote experiments. In this context, a robotic sample mounting system named MARVIN has been developed for the MX applications (see figure 3). This is characterised by high sample-storage capacity, fast sample-mounting speed and flexibility. It is integrated, like all beamline elements, into a software-based control system which allows for a heterogeneous control environment and provides distributed access. Two instruments, serving a horizontal and a vertical diffractometer, have been developed for the P13 and P14 beamlines and are in user operation.