The EMBL Archive is the custodian of the Laboratory’s heritage.

As part of its regular activities, the EMBL Archivist meets with past and current EMBL staff and individuals closely associated to the Laboratory to record oral history interviews. Together, these interviews will constitute a comprehensive collection of first-person interviews that will inform about EMBL as a European scientific institution. New interviews will be added as they are made. 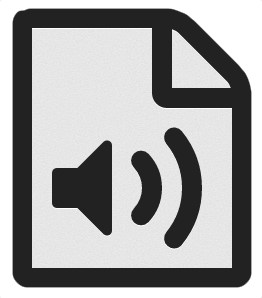 This is an interview with Mary Holmes who was the Librarian of EMBL Heidelberg from 1974 to 1998. In this interview, Mary Holmes describes how she became EMBL’s first Librarian and the work she had to do in the first years of EMBL. Mary Holmes also talks about how she perceived the transformation of libraries in general and of EMBL’s Szilárd Library in particular during the period she worked in this position, in particular with regard to computerisation. Furthermore, she talks about her impression of EMBL’s first three DGs

This is an interview with Janet Thornton who joined EMBL-EBI as Director in 2001. In this interview, Janet Thornton describes her interest in biomolecular data before coming to EBI an how she was invited to become Director of this institute. Furthermore, Janet Thornton gives an insight into her impressions when she started at the EBI as well as into the political and scientific strategies she developed for the institute. In addition, some information about the structure of EBI and about the ELIXIR-project can be found in this interview.

If you would like to take part in the Oral Histories programme, please contact the EMBL Archivist.