Christian Boulin, EMBL’s Director of Core Facilities and Services, died on April 27, 2014, of complications resulting from treatment he was receiving for lung cancer. From his first diagnosis, barely a month had passed. Christian was one of the longest-serving EMBL staff members. He was a close friend, an esteemed colleague and a valued advisor to many of us. Christian was deeply committed to the success of EMBL, to which he made countless contributions over his many years of service.

Christian joined EMBL Heidelberg in 1976 as a member of the computer group, part of the Instrumentation Division. Born in Thann, a wineproducing village in Alsace, he studied Mathematics and Physics in Strasbourg. Afterwards he went on to do advanced training in computer science, electronics and automation before returning to Strasbourg for a PhD in high-energy physics.

Looking back at his early EMBL research reports, describing fledgling attempts to develop software for Electron Microscopic image capture and analysis, one cannot but turn to his native language “… plus ça change, plus c’est la même chose…” (The more things change the more they stay the same). Even if the scientific and technical challenges were similar to the ones we are facing today, their dimension was slightly different. In those days the very large files Christian handled ranged from 138 Kbytes to an almost unimaginable 16 Mbytes. The medium-term goal was to be able to have computer graphic protein structure representations for as many as 200-300 atoms.

Under EMBL’s second Director General, Lennart Philipson, Christian joined the Detector Group. He worked over a number of years with André Gabriel, Jules Hendrix and many other colleagues in Heidelberg, Grenoble and Hamburg and outside EMBL on X-ray detector developments, specialising in electronics and software. As EMBL evolved over time, Christian took on more responsibility and activities: Cryo-EM data acquisition, control software for laboratory robotics, light microscopy (Nomarski and Confocal) image acquisition and analysis software, 3D image analysis software and a combination of hardware and electronics support for Matthias Mann’s development work in mass spectrometry.

Towards the end of Lennart’s period at EMBL, by which time I was a Unit Coordinator in Gene Expression, I had one of my first non-scientific encounters with Christian. Lennart had organised a senior faculty weekend retreat in a small castle along the Neckar. I drove there with John Tooze through a worsening snowstorm, arriving to find that only we two and Christian had made it. As our wait dragged into its third hour, Christian’s admiration for a magnum of Bordeaux decorating the room became more and more evident, until John asked a waiter to open it for us. By the time others started to arrive two hours later, we had solved most of EMBL’s problems – and virtually emptied the magnum. Lennart was incensed at the cost and our condition, and blamed John and me. He refused to believe Christian had anything to do with it.

Under Fotis Kafatos, who became EMBL Director General in 1993, Christian took over as joint Head of the Cell Biophysics Unit with Eric Karsenti. There, he played an important role in the creation of the Advanced Light Microscopy Facility (ALMF), EMBL’s first ‘modern’ core facility, in 1996. In 1997 Fotis made Christian Head of EMBL’s Technical Services. At the time, this included IT Services, the ALMF, a fledgling core facility in Genomics, the Library, the Photolab, the Workshops and the Instrument Maintenance Team. Christian also acted as the interface between EMBL researchers and Building Maintenance, ensuring scientific requirements were taken into account in spatial planning. Making sure all these services ran smoothly, Christian provided crucial support to EMBL’s scientists and allowed them to focus entirely on their research.

He demonstrated an unselfish commitment to EMBL and its many activities and symbolised the collaborative, good-humoured spirit that distinguishes the Laboratory.

Christian’s particular strength was revealed in the development of the Core Facilities. He was adept in choosing excellent core facility heads who combined research motivation with a service mindset. Together with this group he formed a highly efficient set of cutting-edge technical support structures that enlarged the scope of EMBL’s research groups enormously and that have served as models that have been copied (often with Christian’s help) by many other research organisations throughout Europe and beyond. The Core Facilities and IT Services Unit was reviewed at the end of March. Christian could not be present as he was undergoing diagnostic tests. But his performance, as well as that of the Unit as a whole, was regarded as outstanding by the review panel. He was justifiably proud when I visited to tell him the news and he immediately outlined new plans for the next four years that he had developed in his ‘spare time’ in hospital.

A final, very important aspect of Christian’s activities was his involvement in interaction with industry. Over many years, he had built a trusting, collaborative relationship with many companies. He played a critical role in developing technology transfer at EMBL and took on major responsibility for interactions with EMBLEM.

In the words of one of my colleagues, Christian was sensible, kind, insightful and determined. He demonstrated an unselfish commitment to EMBL and its many activities and symbolised the collaborative, good-humoured spirit that distinguishes the Laboratory. Christian leaves behind his wife, Marie-Claire, three children, Anne- Sophie, Caroline and Thomas, and two grandchildren on whom he doted. He also leaves behind a host of saddened friends and colleagues at EMBL and elsewhere. Their numerous expressions of grief, sympathy and condolence reflect the respect with which he was regarded. He leaves a big hole in EMBL that will only be filled by time and a combination of different people who together will be needed to cover his unique mix of scientific and human experience and his embodiment of the EMBL spirit. 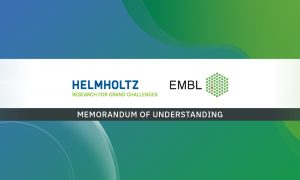 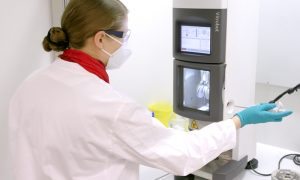 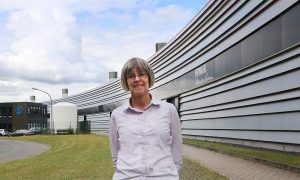 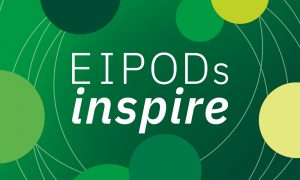 Inspiring the next generation of life scientists