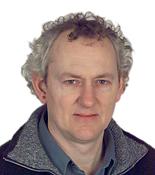 We host the Eukaryotic Linear Motif (ELM) resource dedicated to short functional site motifs in modular protein sequences, as well as switches.ELM, a compendium of motif-based molecular switches. Linear motifs (LMs or SLiMs) are short functional sites used for the dynamic assembly and regulation of large cellular protein complexes: their characterisation is essential to understand cell signalling. ‘Hub’ proteins, that make many contacts in interaction networks, have abundant LMs in large Intrinsically Unstructured Protein segments (IUP). Viral proteomes are rich in LMs that are used to hijack cell systems required for viral production. ELM data is now being used by many bioinformatics groups to develop and benchmark LM predictors. We are now actively hunting for new LM candidates and we look to collaborate with groups undertaking validation experiments – see, for example, the recent interdisciplinary collaboration on the ABBA cell cycle regulatory motif (Di Fiore et al., 2015).

We also undertake more general computational analyses of biological macromolecules. Where possible, we contribute to multidisciplinary projects involving structural and experimental groups at EMBL and elsewhere.

We will continue to hunt for regulatory motifs and undertake proteome surveys to answer specific questions. Protein interaction networks are anticipated to become increasingly important to our work. Due to the tight integration of protein and RNA molecules in cell regulation, we have a growing transcriptomics focus. We seek to take protein architecture tools, such as ‘switches.ELM’, to a new level of power and applicability to investigate modular protein function and, in the future, the proteome and protein networks in general. We aim to improve how bioinformatics standards represent cooperative molecular interactions. As part of the EU consortia SyBoSS and SYSCILIA we have been looking at interaction networks and systems in stem cells and in primary cilia.