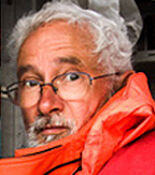 Complete genome analyses of six species of the smallest eukaryotic cells known (Piganeau et al., 2011b) has revealed that we do not yet know the true extent of species' diversity in these algae, because the resolution of commonly used barcoding genes is insufficient (Grimsley et al., 2010; Piganeau et al., 2011a). Giant viruses, whose genomes we have shown to carry a largely uncharacterized reservoir of biological functionalities (Moreau et al., 2010), outnumber these algal cells in the natural environment and cause chronic infection and lysis. Host resistance and viral virulence are thus in a race for life or death that forces evolution at the base of the food web (Thomas et al., 2011).

In the context of Tara Oceans, our Genomics of Phytoplankton group at the Arago marine research laboratory on the Mediterranean coast is developing two main areas of research in collaboration with the Tara consortium: (1) description of viral and host species' diversities in the Mamiellophyceaean algae using Next Generation Sequencing with existing and new marker genes to identify novel groups of species and (2) population genomics by single amplified genome analyses of individual algal cells from within algal blooms to (i) define intraspecific levels of variation and population sizes and (ii) identify the genomic targets of adaptive natural evolution in natural populations.