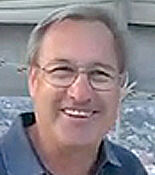 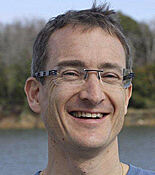 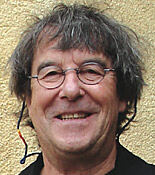 We use theory, observations and numerical models to understand and simulate the organisation of marine phytoplankton and zooplankton populations in the global open ocean. Observations are performed using conventional high tech instruments (CTD Rosette with optical sensors) and imaging systems that were developed in the laboratory (the Zooscan and the Underwater Vision Profiler).

We seek to understand how the physical, chemical environment shapes the morphological and genetic diversities and functionalities of the plankton communities, and how the organisms feedback on their environment. Our global observations and simulations helped to motivate targeted observations during the TARA OCEANS sampling expedition. We will further develop and use these models to interpret and simulate the basin and global-scale patterns observed in the samples.

There are 5 research groups within the LOV. Remote and in situ sensing; Geochemical Processes and Budgets; Plankton Dynamic, Physical and chemical processes; Diversity, biogeochemistry and microbial ecology; Biological responses to ambient constraints. The LOV comprises 35 tenure scientists, 14 experimental scientists, 20 PhD students and 6 post-docs. There is a strong tradition of training researchers as attested by the constant important number of graduate and PhD student, postdoc and visiting scientists. Among these scientists, several of them have participated to Tara expedition as oceanographer and biogeochemist trying to depict the oceanographic properties of the different stations visited by Tara.

Lars Stemmann is using image analysis to study the pelagic plankton ecosystem global biodiversity. He is also interested in the role of zooplankton in the biological pump. He is interested in the Tara data set because it is a unique opportunity to study end-to-end plankton biodiversity in different oceans. He has published more than 30 research articles and has participated to several national and European research programs. Gaby Gorsky is the director of the Villefranche Station, a specialist of Plankton ecosystems Biogeography as well as of physico-chemical and imaging analysis tools for in situ measurements.

Genomics research on metazoan plankton organisms is in its infancy but is needed to extend our exploration and characterisation of their fundamental biological traits. Such research will help us to better understand how metazoan function and interact in diverse environments. In the future, availability of large scale genomics resources will also open doors to a wide range of systems biology type studies that view the organism as the fundamental system in which to address key questions in ecology and evolution.