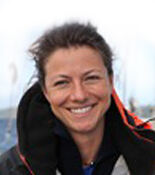 Structurally simple and functionally complex metazoans, scleractinian (hard) corals have been leaving track of their carbonatic skeletons in the fossil record for approximately 240 mya. Half of the known extant taxa are symbiotic with photosynthetic dinoflagellates and represent the main builders of tropical coral reefs, the most diverse coastal ecosystem on the planet. The economic and social importance of tropical coastal ecosystems in general and of coral reefs in particular is widely recognized and so is their vulnerability.

Quantifying the diversity of coral reefs is no easy task even for taxa like hard corals, and their evolutionary history is still under debate. Besides its intrinsic importance as such, the species problem in scleractinian corals has important downfalls on several aspects of coral reefs biology, ecology, biogeography and conservation. In fact, molecular phylogenies and traditional taxonomy and systematics of hard corals based on morphology are, to a large extent, incompatible. Reconciliation of molecular and morphologic approaches is ongoing, and the whole group is being revised while new taxa are still being described. Presently, an integrative analysis is required to undertake this challenge. Our group is specialized in such multidisciplinary approach.

In Tara Oceans, the UNIMIB team was responsible for the scientific coordination of the different teams involved in coral reef studies. During the scientific expedition, reef diversity sampling for different taxa including scleractinian corals took place at four remote and poorly studied localities, namely Djibouti, Saint Brandon’s, Mayotte, and Gambier. The focus of our research in Tara Oceans is on the integration of morpho and molecular approaches to study the evolution and diversity of reef dwelling taxa in the Indo-Pacific, on patterns of coral diversity in the Indo-pacific, and, at the same time, on transversal cooperation with other research groups addressing similar questions in other reef dwelling taxa (i.e., the symbiotic dinoflagellate Symbiodinium, coral associated bacteria, reef algae, and benthic foraminifera).