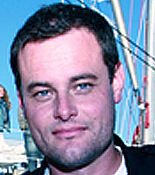 The overarching goal of the EPPO team in Roscoff is to understand the rates of modes of evolution of planktonic biodiversity and ecosystems, and their co-evolution with the Earth system as a whole. In Tara Oceans, the Roscoff team was responsible for onboard overall biological sampling and coordination of the exploration of unicellular eukaryotes or protists. With their remarkable genomic and phenotypic diversity/complexity, protists play key ecological roles in the transfer of energy (eg. via photosynthesis) and matter across planktonic ecosystems, and between the atmosphere, oceans, and the lithosphere.

Based on the Tara Oceans samples, on the protistan strains from the RCC, and on regular fieldwork, we are currently developing high-throughput sequencing and imaging protocols to: (i) explore the frontiers of planktonic protistan total morphogenetic diversity and perform analyses of planetary α- and β-biodiversity using millions of genetic metabarcodes/sample ; (ii) explore the environmental genomic and metabolic complexity of marine protists by combining analyses of reference transcriptomes, single-amplified genomes, and meta-transcriptomes; (iii) integrate the protistan organismic and genetic complexity into a systems-based modeling of planetary plankton. We are particularly interested in sex, symbioses, and biomineralization.

We thus focus on protistan taxa building calcareous and silicate skeletons, including coccolithophores, foraminifers, and radiolaria- because they left by far the best fossil archive on Earth, allowing understanding of the planktonic ecosystem on much longer, geological time scales.