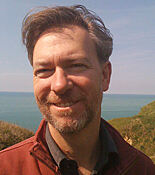 Diatoms are unicellular photosynthetic eukaryotes with glass exoskeletons believed to be derived from an ancient secondary endosymbiosis between a heterotroph with green and red algae. They are one of the major phytoplankton groups in the ocean, contributing around 40% oceanic primary production and playing a key role in the biological carbon pump through which atmospheric CO2 is sequestered to the ocean interior.

They are prevalent in upwelling and polar regions, and often form huge blooms which proliferate rapidly in response to episodic nutrient injection events, and then disappear as a result of population-level programmed cell death phenomena. Two complete genome sequences have been reported, allowing diatom-derived environmental sequences to be identified, and their well characterized morphologies provide valuable information for taxon identification.

Knowledge of diatom molecular responses to environmental stimuli is relatively advanced. Several questions of high scientific interest can be addressed using Tara Oceans data. Most broadly, we aim to generate a global view of diatom distributions and biodiversity using V9 rDNA tag data, and to relate it to cell morphology and to different physico-chemical parameters such as light, temperature, nutrients, alkalinity and mixing at different scales, as well as with respect to population density and overall community composition.

Furthermore, functional studies can be performed using metagenomics and metatranscriptomics data from defined oceanic settings, and by sequencing genomes and transcriptomes from individual diatom cells collected from the environment, and by elucidating defined aspects of diatom cell physiology by high throughput confocal imaging using a range of selected fluorescent dyes that label specific subcellular components.